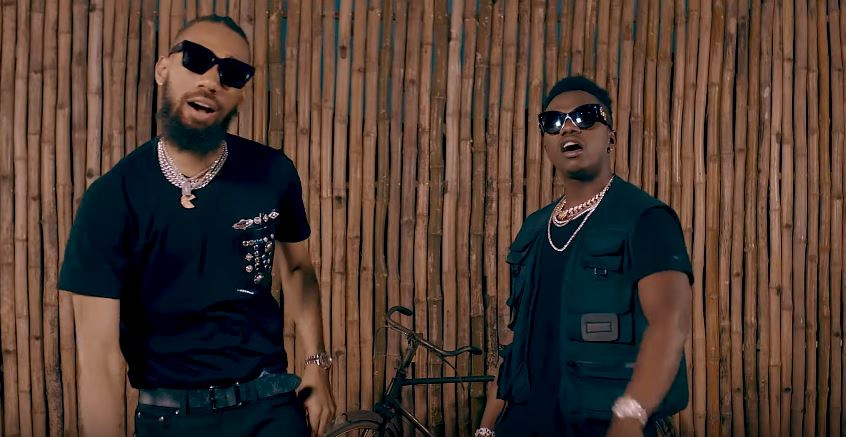 Celebrated Tanzanian musician Rayvanny has dropped a new song dubbed ‘Slow’. In the song, Rayvanny has featured one of Nigeria best rapper Phyno.

‘Slow’ has been produced by Lizer Classic and S2Kizzy, with the video filmed by Mr C.

The video has been shot in a studio location, with the cast donning exquisite African attire.

Listening to the two, they jell perfectly well and have smooth transition between them making the song a must watch.

A day after being released, the song is doing extremely well having already managed over 1,900 comments and 320,000 views on YouTube.

Over the past few months, Rayvanny has been on a song releasing spree, dropping one hit after the other.

Last week, he featured in ‘Bado’ alongside Vanessa Mdee.