Magufuli Urges Harmonize to Contest for Parliamentary Seat in 2020 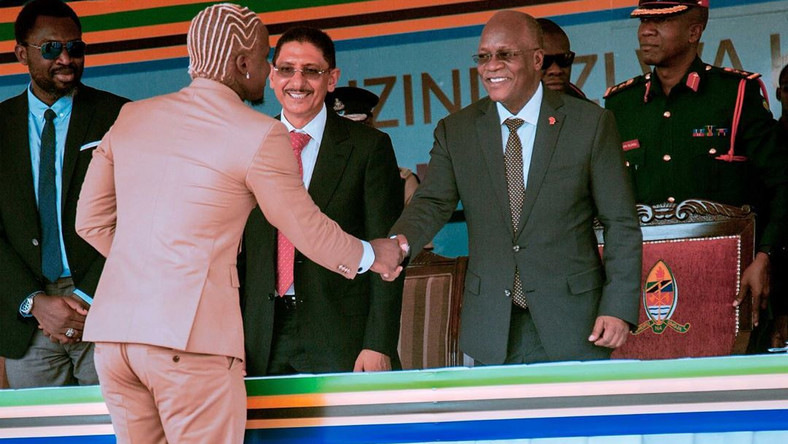 Tanzania President John Magufuli has said he would like to see musician Harmonize contest for a parliamentary seat in the next general election set for 2020.

Speaking on Tuesday, Magufuli congratulated Harmonize for his music, and encouraged him to consider vying for the seat.

Harmonize and Magufuli have a close relationship. A few months ago, Harmonize released a song praising Magufuli for the great work he has done in Tanzania.

The song dubbed ‘Magufuli’ highlights some of the projects Magufuli’s administration has managed to implement in Tanzania.

Harmonize recently parted ways with Wasafi Records under the leadership of Diamond Platnumz.