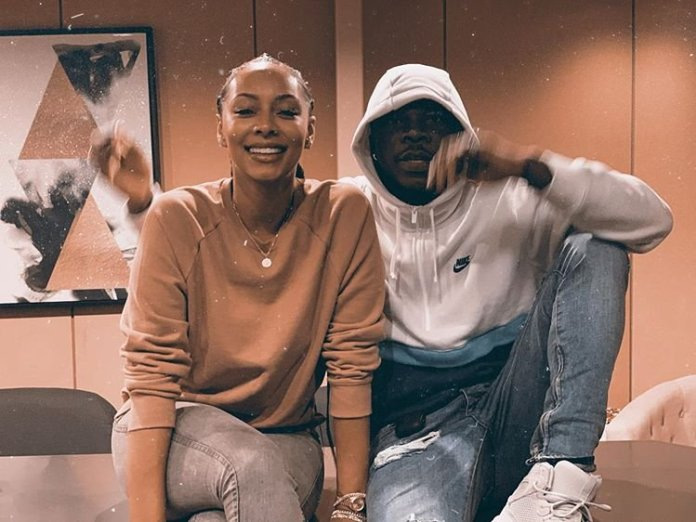 The talented dancehall artiste shared a photo of himself together Keri Hilson.

Definitely, the ‘Pull Up’ crooner will log unto the studio with her to record somKeri Hilson is an American singer, songwriter and actress who has a net worth of $25 million dollars. Keri Hilson began her career writing hit songs for other artists. Her debut solo album, released in 2009, went Gold, and net her her two Grammy nominations.

Stonebwoy is currently on his Canada & USA tour. He has delivered a double stunning performances as Columbus and Houston.e hit song within the shortest possible time.