CHARTS KE: Sailors Pull an Ethic Breaking into Top Charts with All Their Releases in Top 10 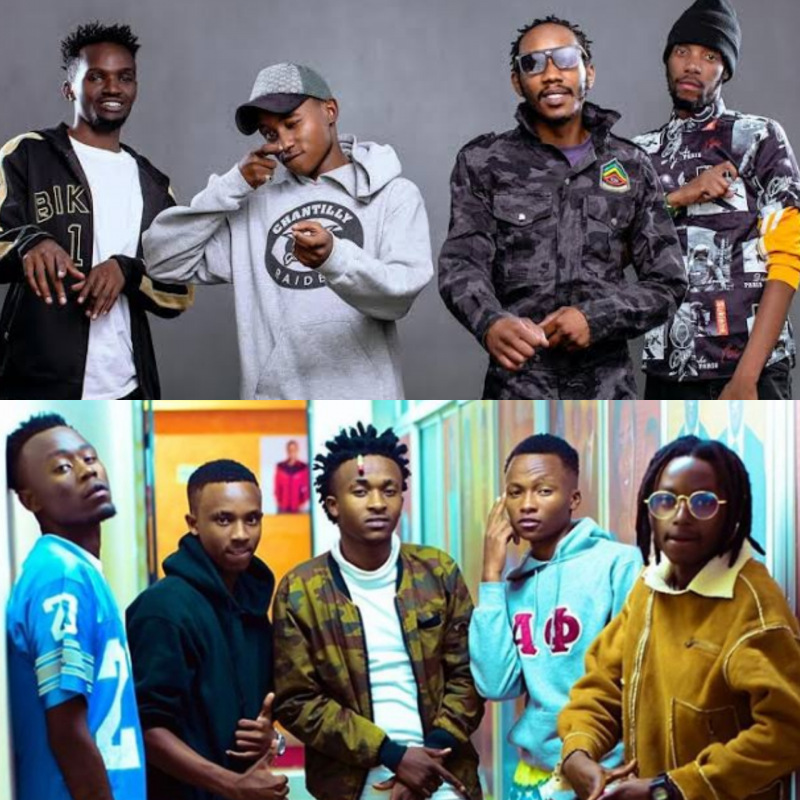 Popular Kenyan boy group Sailors make history this week breaking into position one on the #MdundoTop10Weekly.

In a week of their debut on the charts, Sailors having bragging rights to all their songs featuring on the charts. ‘Wainame’ their latest release tops the charts followed by ‘Queen B’ at position 5, ‘Pekejeng’ at 8 and their trade mark phrase ‘Wamlambez’ at number 9.

The only other artists to have ever pulled such a stunt, were Ethic. They were dense on the charts for months over. Their style being extremely similar to Sailors’, it is expected that this latest sensation might just not give breathing space for any other artists.

Masauti and Susumila had a short lived victory on the charts. It only get better and tougher. Let the best man top.

This week on the Mdundo Top 10 Weekly 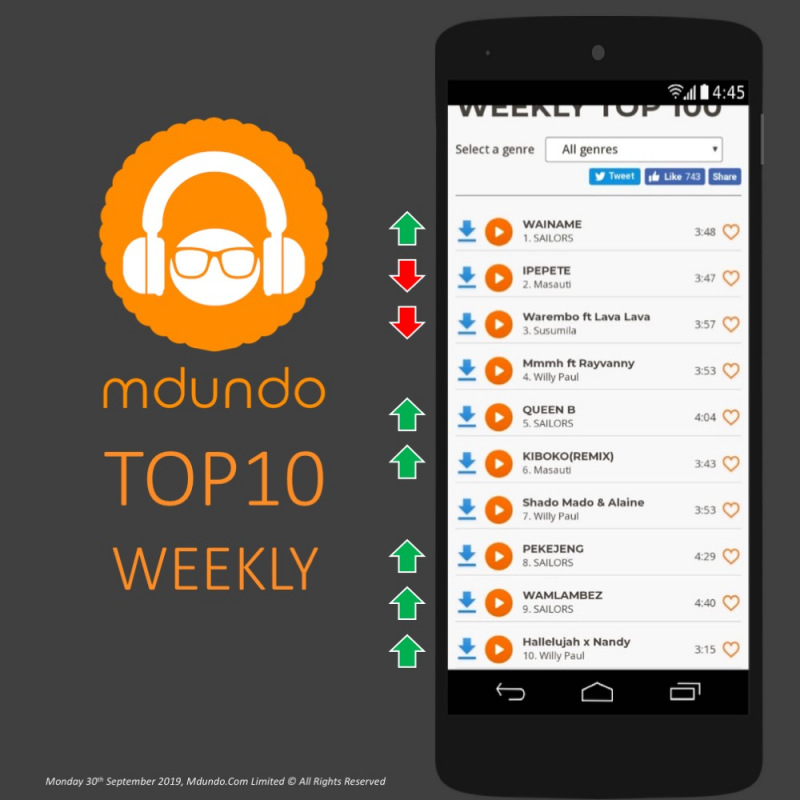