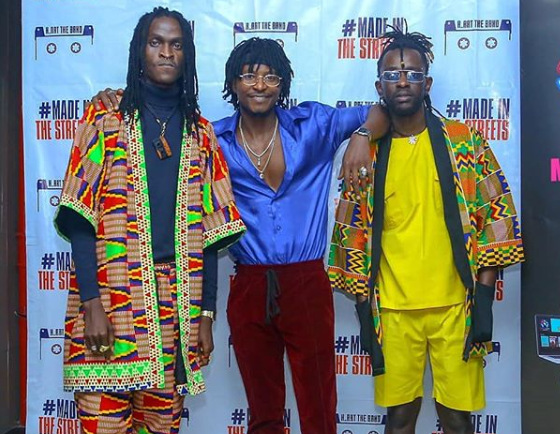 H_art The Band, and Sauti Sol, who are arguably two of the best musical groups in Kenya have come together and worked on an excellent song dubbed ‘Issa Vibe’.

The official audio which premiered on Wednesday is part of H_art The Band’s  Made in the Streets album that premiered two days ago.

The two groups have expressed their vocal prowess, and given the song their all, making it a must watch.

Despite it being the first time the two groups are working together, their chemistry is perfect.

A day after being released, the song has only managed 6,000 views on YouTube. This is most likely because the video is yet to be produced.

H_art The Band is made up of; Mordekai Kimeu, Kenneth Muya and Wachira Gatama.