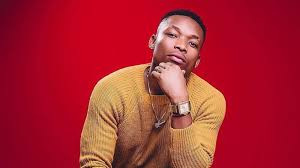 Otile Brown has released a new song dubbed 'Nabayet' which is a dedication to his Ethiopian ex-girlfriend Nabayet.

The song which premiered on YouTube on Wednesday at 10:00 am enjoyed positive reception as it gained over 5,000 views within 50 minutes.

The emotional song comes just a few weeks after Otile Brown and Nabayet broke up under unclear circumstances.

It began with Nabayet sharing a photo of black rose flowers then followed with the two unfollowing each other on Instagram. Shortly after that Otile Brown deleted Nabayet's photos from his Instagram page and Nabayet did the same to Otile brown's photos.

Nabayet then confirmed that she had indeed broken up with Otile Brown during a question and answer session with her fans on Instagram.