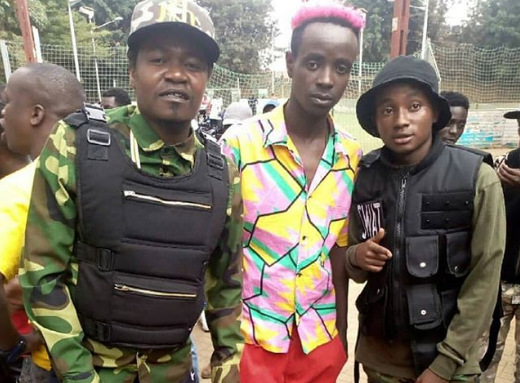 ‘Wale Mang’aa' is expected to be a club banger thanks to the artistes involved.

The song is a mix of genge and the new wave of music dubbed gengetone.

The song produced by Mavo on the Beat premiered less than two hours ago and already has over 8,000 views on YouTube.

In a short description on YouTube, Juacali noted that ‘Wale Mang’aa’ is part of the songs in his recently released album dubbed ‘Mali Ya Umma’.

Gengetone has taken the Kenyan music industry by storm and has been named the ‘Kenyan  Sound’.

The new unique style of music is credited to groups such as; Ethic, Boondocks Gang, Ochungulo Family, among others.

Download Ethic and Boondocks Gang Music for FREE on Mdundo.