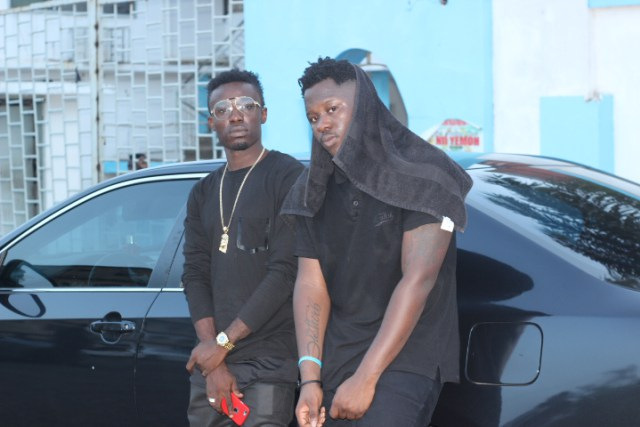 Criss Waddle’s first signee, AMG Medikal met face-to-face with his new brother, AMG Vimboy after Criss Waddle took him to his base at Adjiringanor.

Medikal after listening to a couple of bangers and freestyle from the new wonderkid undoubtedly fell in love with his style.

He gave his support and endorsements to the young soldier without any hesitation.

Meanwhile, Shatta Wale has also thrown his massive weight behind the new dancehall star saying he is for the street.

Criss Waddle in a series of posts indicated that he is rebranding Vimboy to meet the demands of his AMG fans and Ghanaians at large.