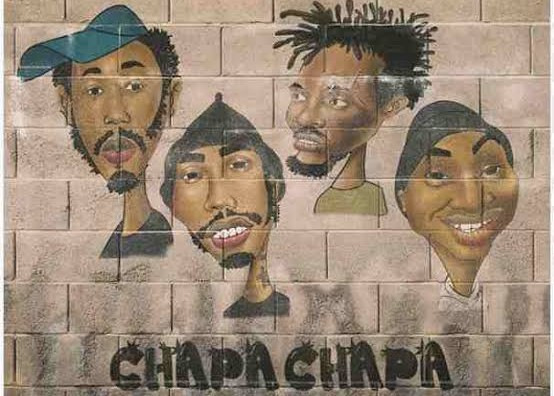 Ethic entertainment has been Kenya’s number one group since the incision of ‘Lamba Lolo’ to the youthful Kenyan audience. Since then, they have maintained the bar with banger after banger on every track. The likes of ‘Pandana' , ‘New Position’ , ‘Instagram’ and ‘Saba’ have rocked the music industry with no equal . The Gengetone group has inspired a whole new generation of artists. ‘Wamlambez’ hitmakers  Sailors Gang were among the many groups to join the new wave.

2019 has been a bumpy ride for Ethic. In recent weeks Ethic entertainment have been on our headlines for all sorts of controversies. In  constant logger head with (KFCB)  Kenya Film Classification Board CEO Ezekiel Mutua over their music  content. If we’re being honest, Ethic’s songs are for a certain crowd of people but their music is still bomb. The Final blow was when their number one hit ‘Figa’ was stripped from music distribution outlets for breach of copyright. This has greatly angered fans and Ethic ,the hit song was a whole new vibe in Kenya. It portrayed the force Ethic was taking over the country.

For all Ethic fans out there ,the mourning is over. The Boy band has dropped something hot to help us part ways with ‘Figa’. Ethic have dropped ‘Chapa Chapa' for the broken hearted. The track has me speechless. Ethic maintain their Gengetone wave on ‘chapachapa'. Like always Reckless intros the song with a smooth verse and hook. Zila jumps on with a hilarious verse. Swat mtoto WA Eunice drops some really fire bars but that’s not all. In the visuals to the song, we get to see Swat busting some moves as he raps to the banging Gengetone beat. Seska concludes the song with a two verse finale.

‘Chapachapa' is a big tune  and it would be a shame to see it on the barn list. So far so good It’s not being scrutinized by the KFCB. The rebels  currently have the Midas touch and a crazy comeback on ‘Chapachapa'.Nobody can stop good music from reaching the fans. Ethic will be happy to see the New banger trending number one on YouTube racking 300k plus streams. Not bad considering the song isn’t even a week old. The Kenyan Boy band have and will continue to rule the music scene with an iron fist,  People can’t get enough of this music. Ethic’s songs appeal to the much youthful crowd and so to protect themselves from lawsuit maybe they should try censoring the songs to minors. Kudos to Ethic for their smooth comeback to number one.