#MdundoCelebrityLunch: Getting An 'Overdose' from Nviiri The Story Teller 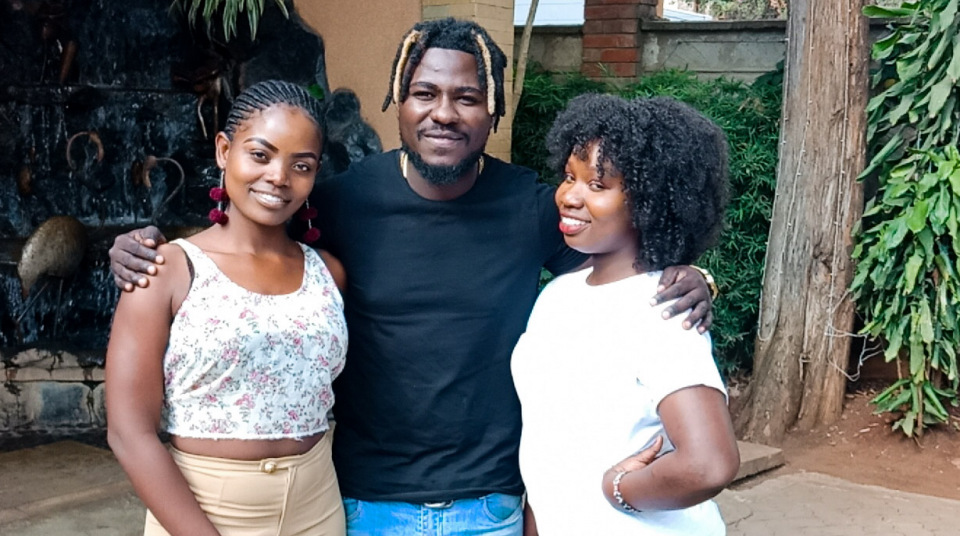 Last Friday was a fun filled day at the New For You restaurant. Mdundo had the opportunity to facilitate a meet and greet between Nviiri the storyteller and his adoring fans. We got to the venue pretty early to make sure everything was in order for the ‘PombeSigara' hitmaker. Courtesy of the partnership between Mdundo and the restaurant, we got a lovely table in the garden area. A breathtaking view and a cool  breeze blew.

Fans streamed in one by one, all smiles and excited to meet their favorite artist. Nviiri and his manager Lloyd  joined us shortly after. The whole table was buzzing with excitement, Nviiri’s presence brought a lot of energy to the table. After greeting the crew and every one of his fans, he joined us at the table. We all got served some cool refreshments to cool down the midday heat.

Nviiri is a pretty cool and hilarious guy. After cracking about a dozen jokes, we got to learn about the artist. For starters, he had always had a passion to do music from a young age. Before he became Nviiri the storyteller he was part of a Christian band (name undisclosed). He and the band performed in shows in Korea. Who would have thought, Nviiri in a Christian band? Later him and the band took different paths and he became Nviiri the storyteller.

Outside of music, Nviiri is a producer and a video editor. Before signing to Sol Generation, Nviiri was actually part of the technical team in Sauti Sol’s studio. He got discovered by accident after somebody on social media shared a video of him sing and luckily it crossed Sauti Sol’s path. ‘Talk about the power of the internet'. He got signed for his amazing vocals and his brilliant songwriting skills. He got his lucky break and has been a roll with amazing songs from ‘PombeSigara' to the new hit in town ‘Overdose'

Nviiri got saved by the bell. An array of different Chinese delicacies were placed on the table on fancy lit stoves. Nviiri got a break from all the bombarding questions we were throwing at him . When it was time to dig in , everyone went silent from all the yummy goodness satisfying their bellies. There was three different types of rice, red sauce chicken ,fried pork and beef. The cashew nut rice was absolutely amazing.

After everyone had their fill. We indulged in a small photoshoot, sadly Nviiri had to head back to the studio to produce more magic. It was a really ‘lit' day with Nviiri and the Mdundo crew. Kudos to the New For You restaurant for hosting us and the amazing service.