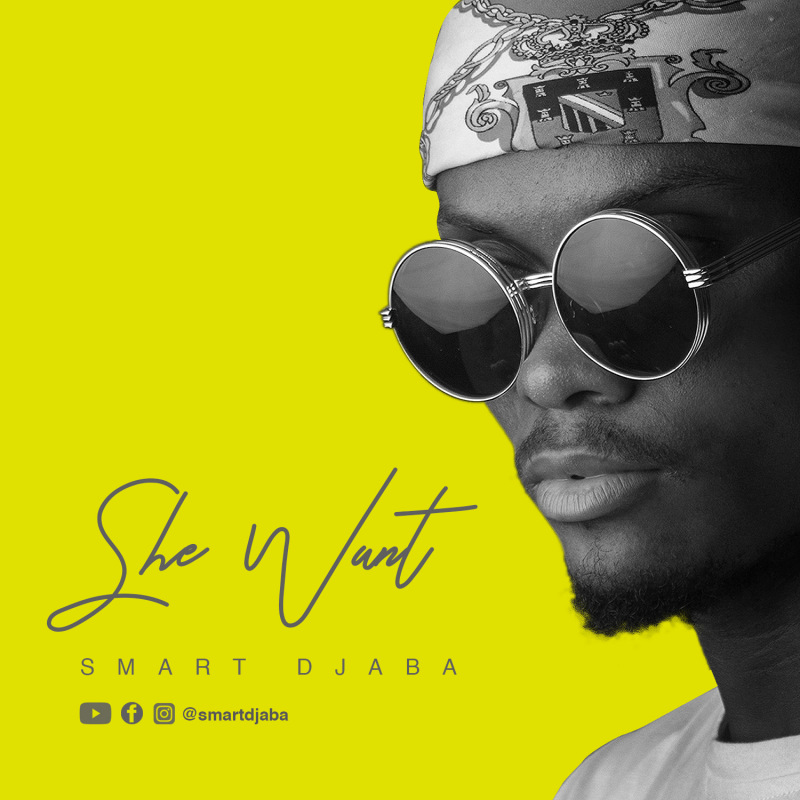 Smart Djaba, real name Salumu Ramadhan Jabiri, is a new age Afro pop singer, songwriter, recording and performing artiste. He is a DR Congo refugee living in Kenya. Born and raised in North Kivu, DR Congo, Smart was introduced to the arts and entertainment early in 2001 and in 2007, he formed and managed a trio called 213 Banlieue which stands for Slums in French. The group later separated before releasing a single project due to political clashes at that time in DRC.

Consequently, his father was killed in front of them, his mother and sisters raped, and him being beaten till he lost some of his teeth and left for the dead. This led to the family getting displaced from North Kivu, DR Congo to Uvira, DR Congo. The situation worsened and they were forced to flee again, and in 2011, Smart Djaba and some of his family members arrived at Kakuma refugee camp where he has called home ever since. He moved to Nairobi a few years back to pursue his music career and as they say, the rest is history.

Smart Djaba is a winner of numerous awards including a music competition that was organized and sponsored by LWF (Lutheran World Federation), an NGO associated with the U.N.H.C.R (United Nations High Commission for Refugees) at the Kakuma Refugee Camp. He holds a certificate in Film and TV production, a course sponsored by FilmAid through

He manages to fuse French, Congolese(lingala), Swahili and English and it is also key to note that one of his songs was used in a Citizen TV series Sandstorm sometimes back.