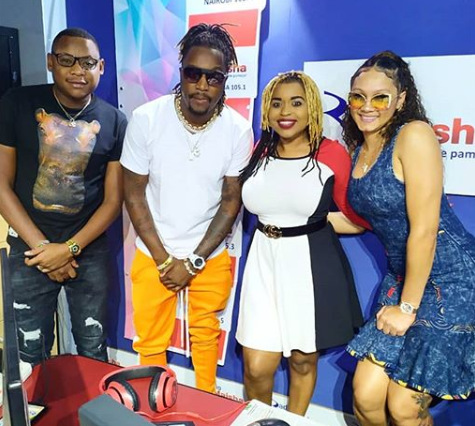 The song dubbed ‘Bash’ is a party anthem and is expected to be a major hit in clubs and entertainment joints across the country.

Bash was produced by DTX, and the video directed by John Kyallo.

Last week, Kristoff, Kush, and Yvonne made headlines after a video emerged online claiming that Yvonne had caught Kristoff cheating on her with Kush.

In the video Darcq is heard asking Kristoff what he is doing with Kush Tracey and Kristoff responds saying that he is only dropping her off.

It now appears that the video was only a PR stunt to create attention and popularize their new song.