Queen Of Afrobeats Signed To Motown Records, Tiwa Savage’s New Single, “49-99,” Is Out 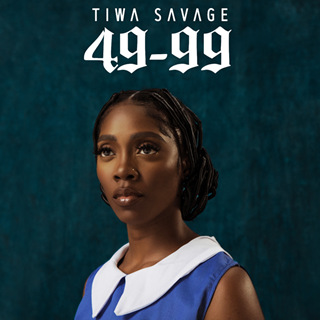 Since signing her deal international deal with Universal Music Group the explosive track will be her first release with Motown Records who serves as her US label. Ethiopia Habtemariam, President of Motown Records and EVP of Capitol Music Group, said, “We are beyond excited to work with Tiwa Savage, one of Africa’s most talented and prolific singer-songwriters of this generation. Tiwa Savage has been at the forefront of creating music from the continent that connects people from around the globe. It is Tiwa’s undeniable gifts, immense talent, work ethic and resilience that has prepared her for this next chapter and we at Motown are proud to be support her on this journey.”

Savage recently recorded “Keys to the Kingdom,” a song that she co-wrote for the soundtrack The Lion King: The Gift after being hand-picked to do so by Beyoncé. 2018 was a remarkable year all-around for her. She was named Best African Act at the MTV European Music Awards, making history as the first female to win the award. She was handpicked by Coldplay’s Chris Martin to perform alongside Beyoncé, Ed Sheeran and JAY Z live at the Global Citizen Festival to an 70,000 strong audience and millions across the globe.

While utterly infectious, “49-99” makes a powerful statement about poverty. Tiwa Savage explains, “‘49-99’ is a term coined from the hard life many Nigerians go through. A transit bus serves as a case study. It ought to have only 49 seated passengers, however due to poor economic conditions, we often have nearly twice that number of passengers standing (99).”

The U.S. edition of Vogue hailed her as one of the Most Inspirational Women, in December 2018, British Vogue singled her out as one of 10 women that are changing the face of music globally.

Born in Lagos, Nigeria, Savage first sang back-up vocals for the late George Michael, and later graduated from the esteemed Berklee College of Music. After moving to Los Angeles, she racked up studio sessions with Frank Ocean, Kenny “Babyface” Edmonds, Fantasia, and more.