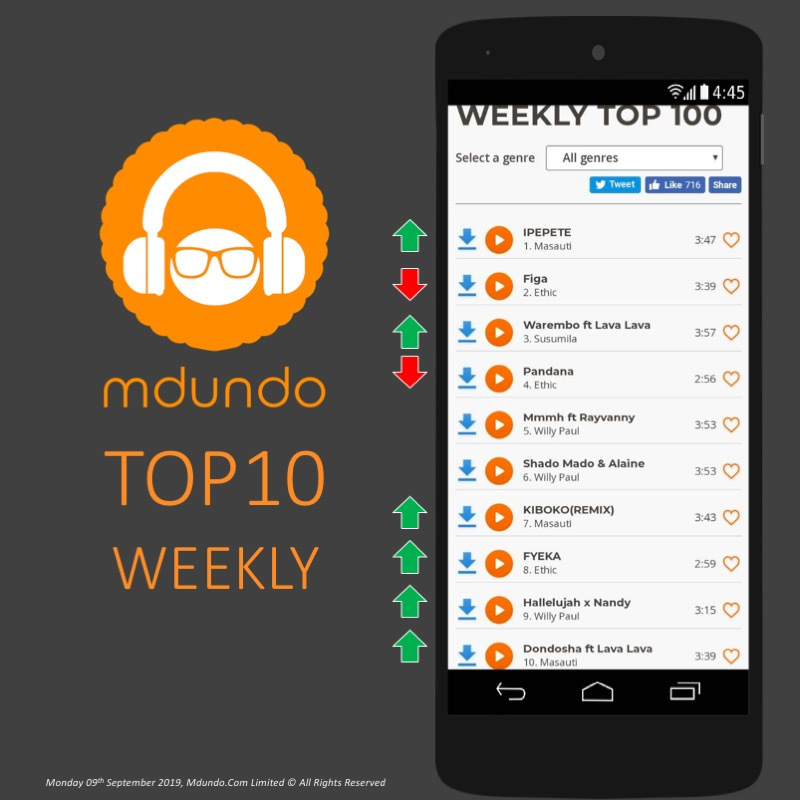 Masauti breaks a 3 month plus Ethic reign with his ‘Ipepete’ finally settling in at number one this week. Now holding 3 positions on Mdundo Top 10 Weekly; ‘Kiboko Remix’ featuring Khaligraph Jones at position 7 and ‘Dondosha’ featuring Lava Lava now peeping in at number 10.

Masauti was said to be the most promising artist right about the same time last year and he lives one jam at a time to prove all these predictions right.

Susumila also debuted recently and has consistently been climbing up the charts to now claim the grand position 3 with ‘Warembo’ featuring Lava Lava.

To think Willy Paul and Ethic made top positions home, it’s been a while since we heard from them and guess they’ll have to keep it fresh to reclaim their positions. Quite a number of Willy Paul and Ethic have fallen off the charts; there are some comebacks though, like Ethic’s ‘Fyeka’ and Willy Paul’s ‘Hallelujah’ featuring Nandy.

Curtis The Stoner with his winning number ‘Wamlambez Edition’ this week also officially leaves the charts.