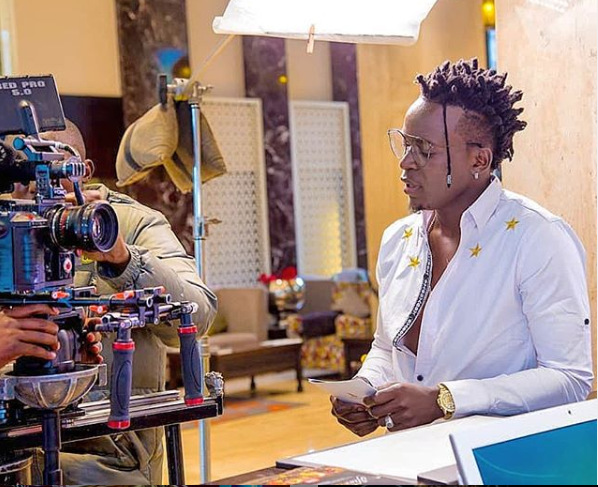 Controversial Kenyan gospel musician Willy Paul has requested his fans to prepare for his soon to be released song which he termed a ‘shocker’.

In an Instagram post, Willy Paul popularly known as Pozee shared a teaser of his new, yet to be released song, which has video vixens twerking.

According to Willy Paul, life is all about taking risks, and that is all he is doing, adding that anyone who does not like his vibe should move from Earth to Pluto.

“It is what it is!! In life we have to take serious risks to succeed!! It is not easy!! This one is a shocker!! Hope you are ready for this one!! Drops when you are ready!! This is Pozze, the king kama haunipedi, kaa na mama home! Ama hama Earth uende Pluto. I’m about to disturb the Internet again!!” he posted.

Pozze shocked many when he dropped ‘Lamba Nyonyo’ a controversial song, especially since he is widely known as being a gospel musician.