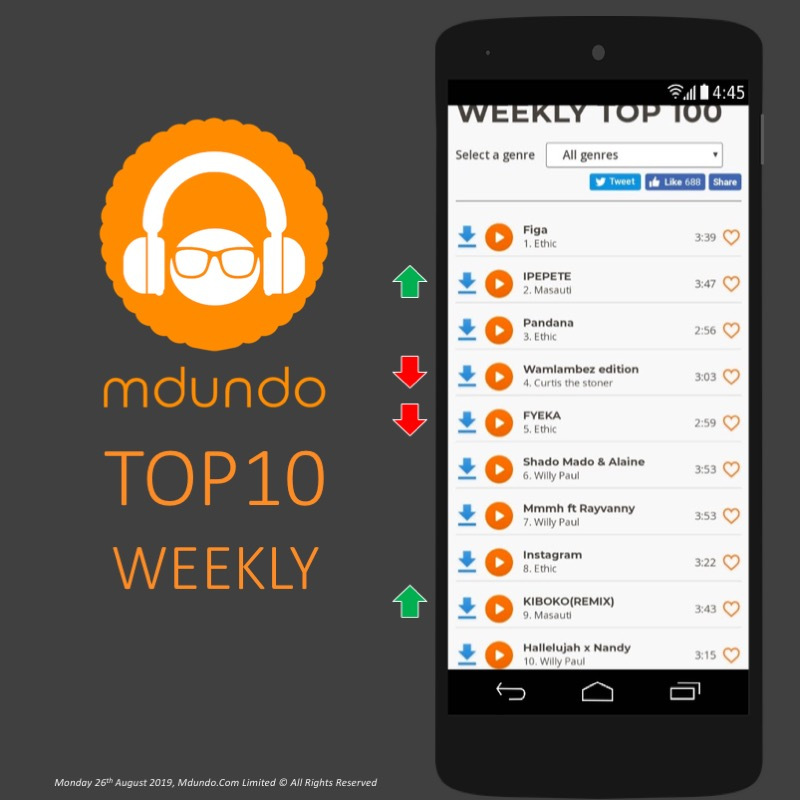 The most promising artist credit was effortlessly tagged on Masauti around this same time last year. He lives to prove everyone right. Artists such as Otile and Willy Paul who pursue the Bongo genre were warned of Masauti soon giving them a run for their money.

His ‘Ipepete’  that broke into the charts 2 weeks ago has been making a consistent climb and now sits at 2nd. A position that is highly competitive and that over a period of close to 3 months was only occupied by Ethic and Willy Paul.

This week his hit single ‘Kiboko (Remix)’ also appears in the  Mdundo Top 10 Weekly. Masauti has been lauded for genuinely working his way up to the top, without using controversial attention stunts as is the trend with most big artists in Kenya now.

So this week, Masauti rules the charts. Congratulations!!!