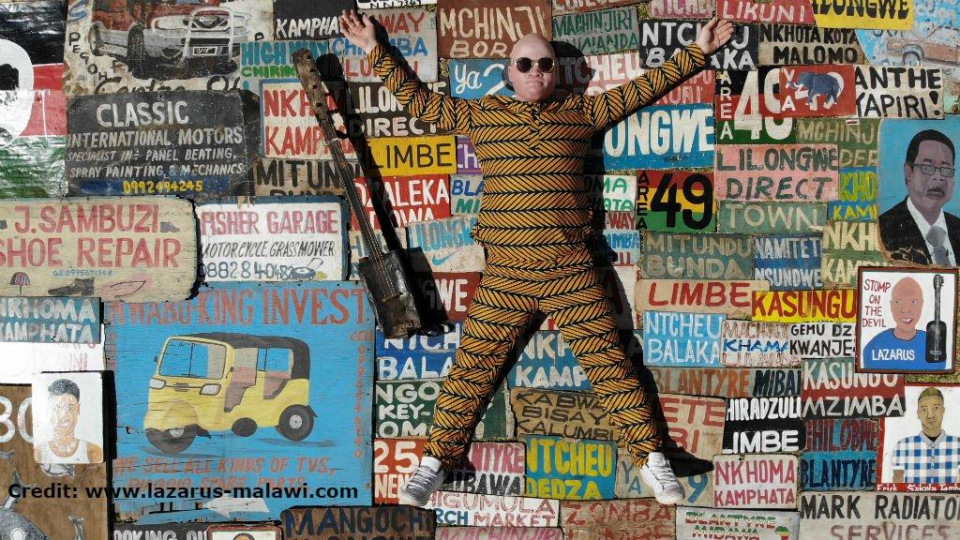 Lazarus is a budding artist from Malawi and is fighting the good fight against discrimination and for social change for people encumber with albinism in his country and across Africa.

Lazarus collaborates with Extinction Rebellion on ‘Moyo Wanga',which is a movement fighting for the survival of the planet and all life. Lazarus is really trying to get his message out there and is sparing no methods or team ups to fight against discrimination. The guitar beat embedded truck is a tribute to people suffering in situations they didn’t put themselves in.