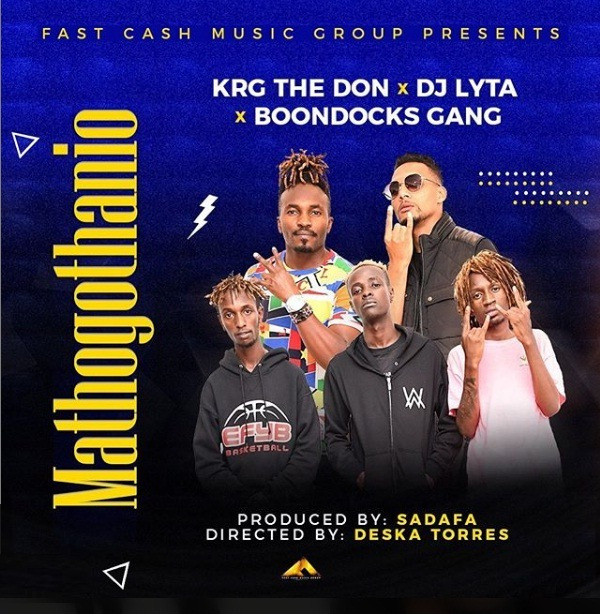 DJ Lyta teamed up with KRG The Don and Boondocks Gang for a hit; Mathogothanio. They just released the visuals to the song and it is a great representation of the music industry in Kenya at the moment.

The video opens to the HBR studios with Katiwa, Jaymo ule msee and DemaKufu talking about the new girl Jaymo has found. This acts as an explanation/description of the song and a great introduction for the listener to what they are about to listen to. The video has great lighting as they got to utilize the natural lighting. KRG and Boondocks looked all cleaned up and they have cars, friends and mayengs on there. They have other celebrity appearances such as DJ Shiti.