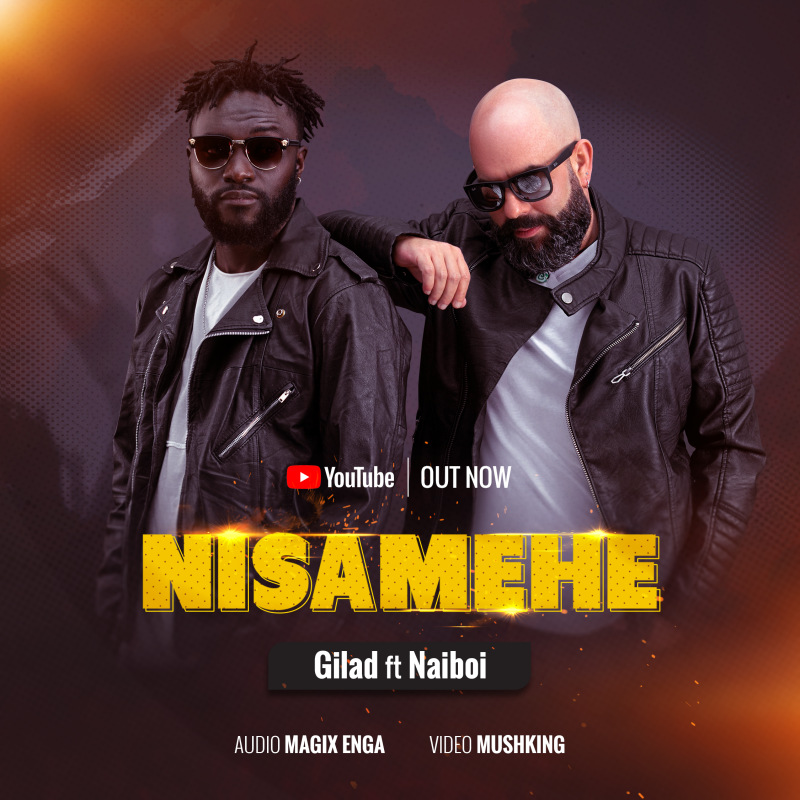 The King of Love, Gilad features Naiboi in yet another beautiful love song. ‘Nisamehe’ a Swahili word for ‘Forgive Me’ is a sweet song about a man who has come to his senses and is asking for forgiveness from his lover after wronging her severally. He asks for forgiveness in the hopes that she will find it in her heart to forgive him. The two industry dons, have together put up a musical masterpiece working with Kenya's hottest producer Magix Enga on the beat and teaming up once more with director Mushking to create an amazing music video.

Since his remarkable entry into the Kenyan music scene in 2015, Gilad Millo has captured the hearts and minds of Kenyans in an unprecedented manner. The two-time AFRIMA Award winner has positioned himself as a household name with an international appeal to a Kenyan audience. Nicknamed ‘The King of Love’ & ‘Balozi wa Mapenzi’ (in Swahili ‘Ambassador of Love’) by his many fans, GILAD commands a massive following throughout Kenya and beyond, which continues to grow at a staggering rate with each new song and each new adventure.

A Naiboi, formerly known as Rapdamu, is a Kenyan Music Producer, singer, songwriter, musician, Founder and Current CEO of Pacho Entertainment. (Undoubtedly one of the most popular record labels in Kenya) Naiboi, having won several awards over the years has also brought many talents to the limelight through his top notch touch in the production of songs, advise, direction and him featuring upcoming artists that have seen them win several wards as best new artist/collaboration of the year/song of the year as well as elevating artists’ careers. With a career spanning almost 10 years and around 50 songs & counting, Naiboi is a proven industry veteran, trendsetter and mentor.

For interviews, get in touch with us via email to harmony@harmonyafrica.com or call Noreen on +254775561863