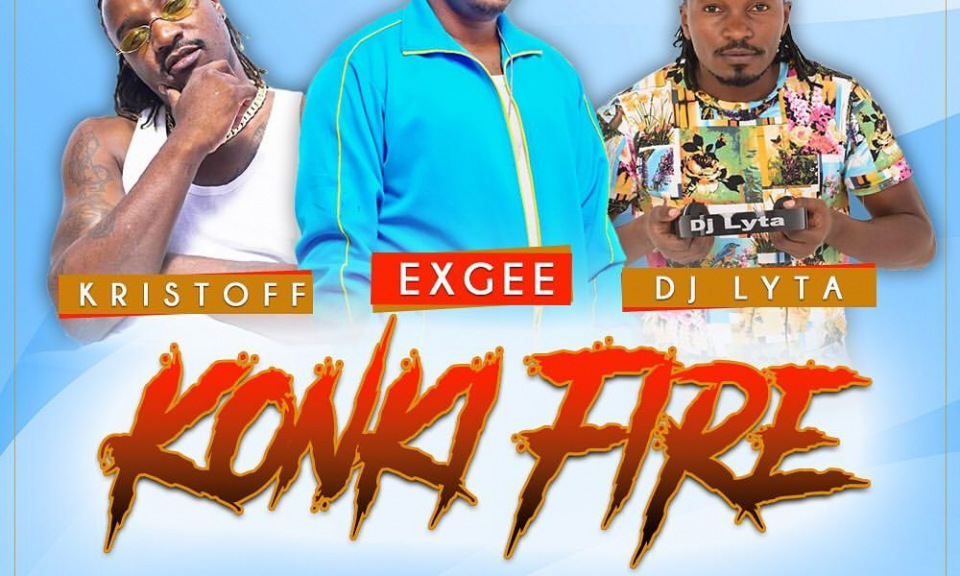 Revellers are you ready? Because “Konkifire” is out and it’s a whole new mood You can’t seat down when this jam is banging. We are going to need the firetruck for this one “Konkifire” is raising the temperature with its afrofusion and dance hall type of beat. Ex Gee, Kristoff and Dj Lyta produced quite the marvel. The song starts with Ex Gee’s verse then he drops the catchy hook which sets the pace for the song. Kristoff hops on the second verse, executing it rather exemplary . DJ Lyta built a really awesome beat for the two artists to flex their wordplay on.

This song is really something else, the energy and the vibe it carries is nothing but spectacular. The song talks about a woman who is extremely beautiful or ‘hot' thus the song is dubbed “Konkifire”. Kristoff and Ex Gee really had fun on this one, they were in their element with the afrodancehall and the theme for the song .Their flow on the new jam is unmatched.