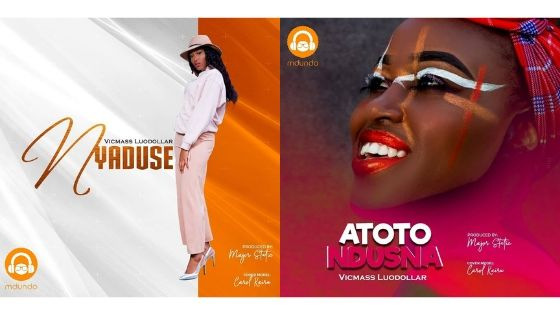 Vicmass Luodollar is one of the most authentic artists in the game for his unique vernacular swagger on the track. It’s been awhile since dropped a jam but he debuts this year with a rather hard pick for fans . He couldn’t pick one so he left that decision to his fans when he dropped “Akoko” and “Nyaduse”

Both tracks are about two different women his been interested in.  “Atoto” is a serious banger, with some killer Afro beats to boot. In “Atoto” he talks about a woman his being eye on the streets and sings about her beauty and how much he desires her. The hook to the track is quite catchy “Ineno Atoto, Ndusna” which translates too “Have you seen, Atoto, I want her” . “Nyaduse” is more of a love song It has a calm and relaxed vibe to it.  Dollar is really in love with Nyaduse ,unlike “Atoto” he doesn’t sing about her looks but he just loves the person that she is, he wants to take her to Kisumu and make her his wife and he ,her King.

Vicmass takes us on journey with the two tracks from all the energy “Akoko” offers with her Afro infused track and later he calms our nerves with the mellow sound embedded on “Nyaduse” .