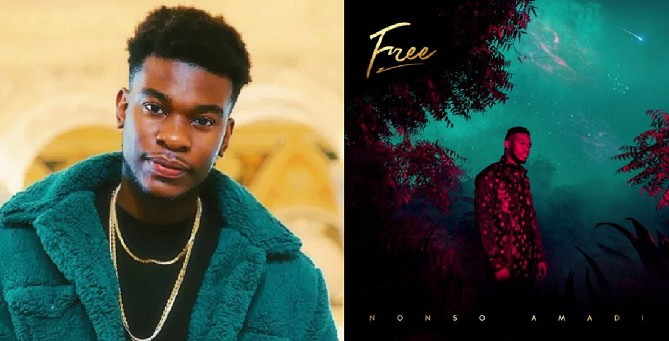 New music comes with new albums and a couple of albums have been released this Friday by various artists and of different genres.

Nonso Amadi has finally released his long awaited EP, Free. Free has great tunes that are soulful and wonderful to the ear. He has employed rap and singing on his side only for the six tracks on the EP. He has Simi and Mr. Eazi as his collaborators on two different tracks. It is a good EP with jams to be listened to when relaxing is needed.

Rick Ross has finally released Port of Miami 2 which he announced he would be releasing about a week ago. The album opens up with Rick reminding us how and why he is a boss. It is a heavy rap album that samples from different feels of the music industry but for the most part stays grounded on the hip-hop beats. It is of course done by his people at Maybach music who have produced a piece of art. On it he has collaborated with people such as Drake, Wale, Swizz Beatz, Meek Mill, DeJ Loaf, Jeezy, Lil Wayne, the late Nipsey Hussle and other great rappers.

Bas was in Kenya some time back and the American based artist has also released his EP-Spilled Milk 1. Bas is a great rapper and he has a softness to his voice that gives him the freedom to explore into a space within his music that sounds like him singing. The 4 track EP is all collaborative with EarthGang, JID, Falcons, B. Lewis, Ari Lennox and Kiddominant. It is almost very alternative even with the choice of collaborators but at the same time the greatest EP you might listen to this weekend.

BlueFace has been away from our album stereo for a whole year after the release of his last Cryp Project Release. The former Football star is back with Dirt Bag, his new album. The 8 song EP has employed rap heavy hitters such as Offset, Rich The Kid, Lil Pump, The Game and Mozzy. Maybe one of the phrases from the album will hit as hard as Thotiana did all last year spilling into this year becasuse this too is great from BlueFace.

Which album are you jamming to this weekend?