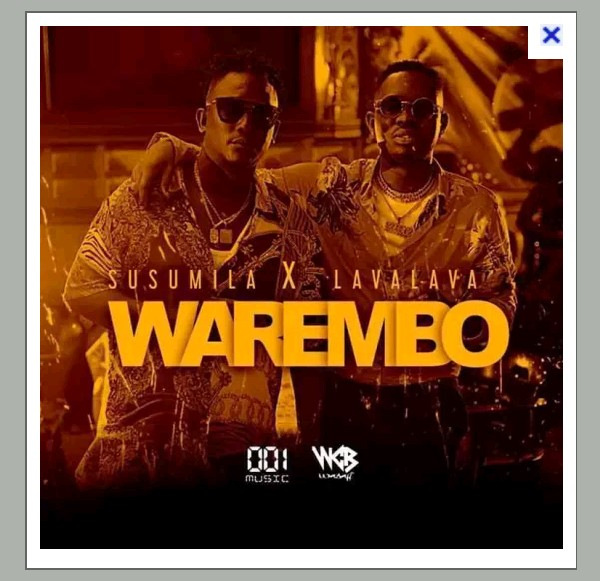 The song dubbed ‘Warembo’ revolves around the idea of beautiful ladies, where the major focus is for the main character in it to quit singlehood, and get a pretty lady to take home.

It was produced by Monsta Madness and is doing really well online, considering the fact that a number of big songs were released over the week.

Two days after being released, the video is trending at number 9 on Kenyan trends, with over 240,000 views and 1,500 comments.

This is the first time the two musicians are working together. Susumila’s  Coastal style mixed with Lavalava’s Bongo creates a nice blend that has made the song a must-listen to.

Meanwhile, Lavalava, last week released his latest single ‘Habibi’. Only the audio has been released with the video expected later on.