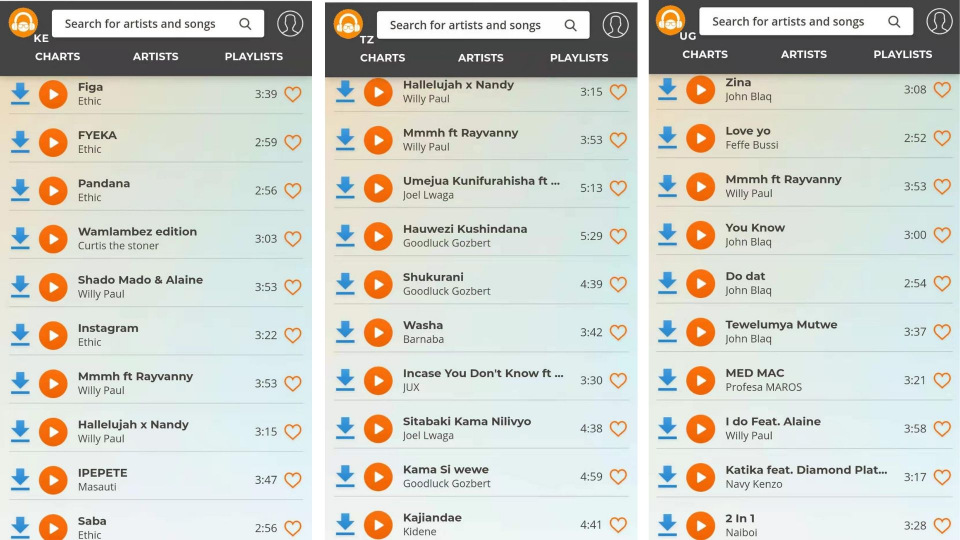 A tough run sees Bongo winning  this week with Masauti’s ‘Ipepete’ settling in at position 9. This brings a break on a Willy Paul and Ethic infested Top 10 list. The drastic climb could be attributed to his latest release ‘Dondosha’ featuring Afican sensation Lavalava, that might have brought back a search for his past hits.

The Kenyans charts seem to have been cleaned up but Curtis The Stoner lives on another week with his ‘Wamlambez Edition’; and this week he overtakes Willy Paul featuring Alaine’s ‘Shado Mado’ to settle at number 4.  The tension only gets higher as fans decides who win.

John Blaq has marked territory on the other side of Lake Victoria. Occupying a record five positions on the Top 10 Weekly, it could be safe to say, he lacks competiton.

This is reaffirmed by Willy Paul appearing on Uganda Mdundo Charts at least twice with some of his past hits.

Profesa MAROS, Navy Kenzo and Naiboi are also a consistent lot on this list.

The heart of Bongo has Willy Paul at the top with ‘Halleluja’ featuring Nandy and ‘Mmh’ featuring Rayvanny.

Goodluck Gozbert is also a clear favourite with 3 position in the top 10. Unlike the Kenyan charts, ‘Washa’ by Barnaba is maintaining face in Tanzania.

Joel Lwaga, JUX and Kidene will also be fun to watch.