Tetema Remix Featuring Pitbull, Mohombi To Be Released Next Week 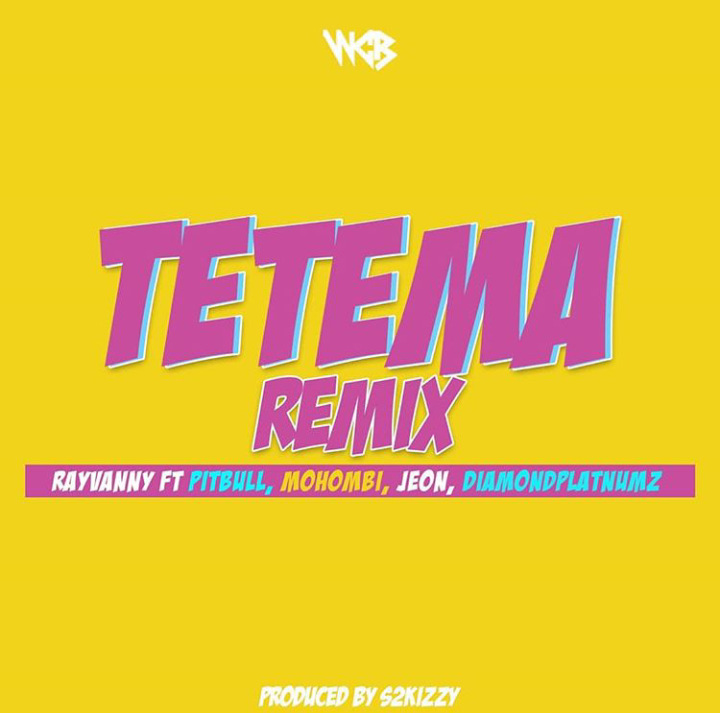 Celebrated Tanzanian musicians Rayvanny, and Diamond Platnumz are set to release the remix of the major hit ‘Tetema’ next week.

In an Instagram post, Rayvanny noted that the song has been produced by s2kizzy and will feature international musicians; Pitbull, Mohombi and Jeon Arvani.

“Can’t wait for the world to hear this one, From #EastAfrica #Congo  #Miami and #Aruba! #TetemaRemix ft My Brothers @pitbull @mohombimusic and @jeon_arvani @diamondplatnumz OUT NEXT WEEK !” he posted.

The remix is expected to be a major hit judging by the musicians involved.

Last week, Rayvanny announced that he will release two ‘Tetema’ remixes; one with a global outlook, and the other with an African outlook.

He said he has been inspired to work on the remixes because the original song is performing well on global musical charts.