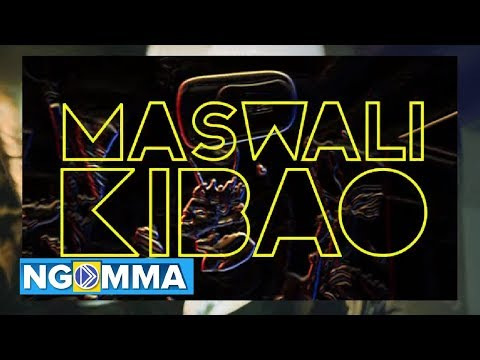 ‘Maswali Kibao’ is a mixture of Swahili and Sheng which loosely translates to a lot of questions.

In the song, Juacali raises a number of popular questions that most people interact with on a daily basis when they meet their friends and other people in society.

Some of the questions he highlights in the song include; besides singing what do you do? When will marry? Which vehicles are you driving?, among others.

In a short description on Youtube, Juacali noted that ‘Maswali Kibao’ is one of the songs that will feature in his upcoming album.

“MASWALI KIBAO' is the 6th Official Single Of my 4th Upcoming Album 'TUGENGE YAJAYO',” he posted.

Two days after being released, the song is not performing well having managed over 11,000 views and 200 comments.

The song’s quality and video concept is, however, top notch.