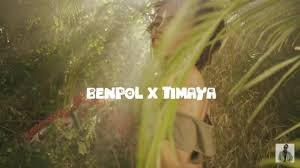 Ben Pol is on holiday but he didn’t take his music with him. He teamed up with Nigerian artist, Timaya to release their hit single ‘Sana’. They teased us with the audio for the song and have now released the dance video to the song as shot by Enos Olik.

Sana is a dance love song; Ben Pol expressing gratitude and satisfaction of where his heart is at at that moment of the song. Timaya and Ben Pol however took the hype beat to a chill spot with their voices. We know Ben Pol for his soft well rounded voice and Timaya married it well with an almost quiet to his usual loud and hype voice; this in general gives Sana a good vibe. Enos Olik took this audio into making the dance video by creating a video with very earthy colours and it is a good balance.