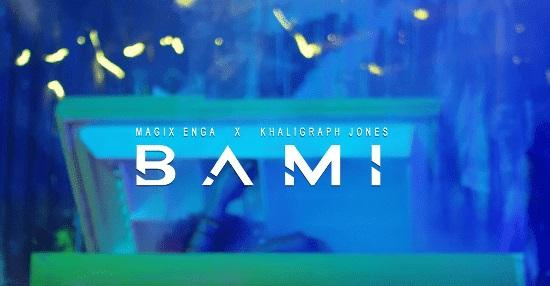 Last week we didn’t know what Magix and Jones were working on but now the cat is out of the bag or should I say the “Bami” is out of the bag? This hot tune is Magix Enga’s first official single and music video under his new record label, Magix empire.

The mega producer made the beat and got Jones to hop on and drop his finesse wordplay . The song is heating up our airwaves with its Kapuka and Afro pop vibe. Deska Torres did a solid job on directing the video of this jam. The video is full of beautiful women dancing everywhere while Magix and Jones murder the beat .

Magix drops a magical hook to bring on Khaligraph who mercilessly tears the beat to shreds with Slang and Luo dialect rapping. Everything about this song is exemplary . This beauty will have in the mood to bust some moves. It was totally worth the wait Kudos to Magix for being able to maintain such high stands of a producer/artist.