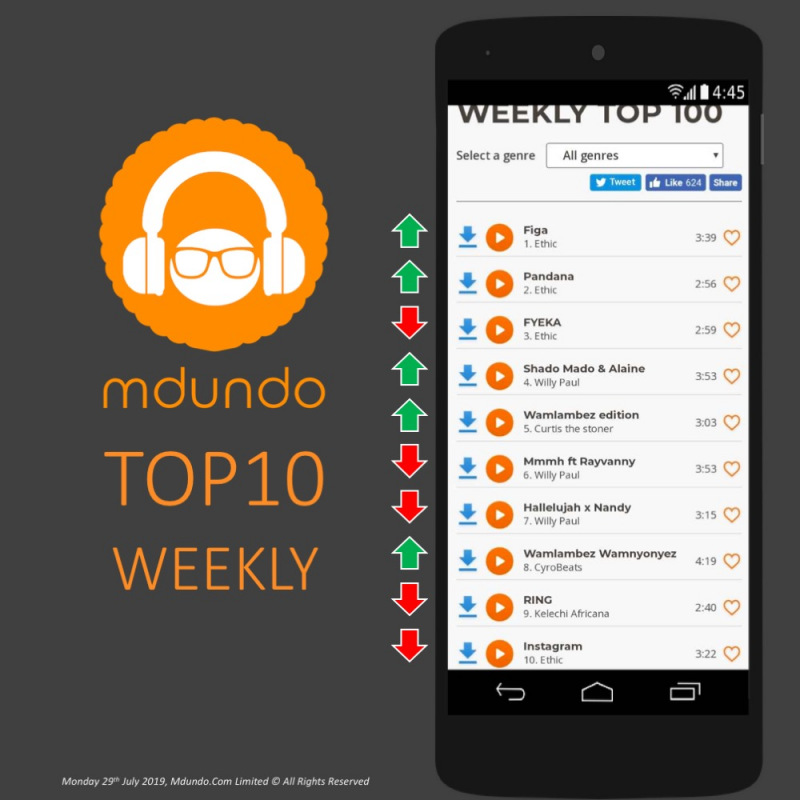 The ‘Wamlambez’ wave is officially inevitable. This week it sweeps CyroBeats into a first time appearance on the #MdundoTop10Weekly. A ‘Wamlambez Wamnyonyez’ mix now cozily settles in at position 8 on the charts.

This effect has been felt for 2 weeks straight. Last week Curtis the stoner made his debut on the charts with ‘Wamlambez Edition’ that has now climbed up from it’s previous number 9 to the current 5.

A phrase that can’t be pointed to one meaning  has caught up like wildfire and is now a colloquial greeting on the Keyan streets. This has been embraced so massively that influential  brands like Safaricom are now using it in their customer care language. This might just be the rise of a historical type of slang.

Just as influential is all time Kenyan pop sensation Willy Paul; whose now ‘Shado Mado’ featuring Alaine is climbing up to regain his position as a top charter. His latest release is now at position 4 on the Mdundo Weekly charts. It will take a bit more effort to dethrone any of the Ethic tracks that have occupied position 1 to 3 for over six weeks now.

On a list that has simply been dominated by Ethic, Willy Paul and social trends, Kelechi Africana still holds at position 9 with his Benga hit ‘Ring’. It’s a tough world, and so are the charts.