CHARTS: Curtis The Stoner and Willy Paul Throw In a 'Wamlambez' Effect 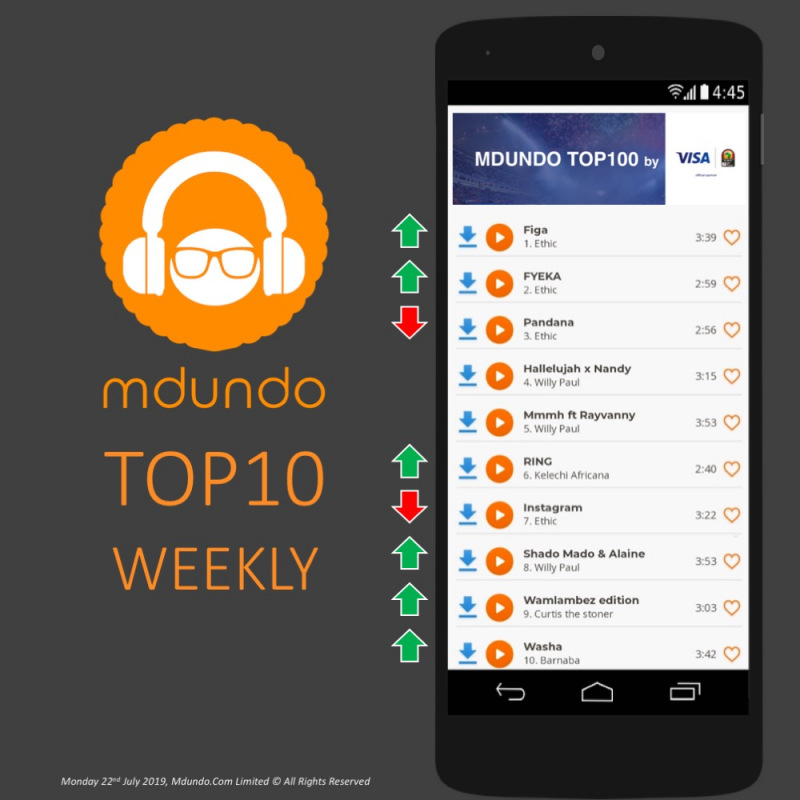 Curtis The Stoner makes a surprising grand entrance into the #MdundoTop10Weekly with his track ‘Wamlambez Edition’. This is a no brainer really with the phrase ‘Wamlambez Wamnyonyez’ becoming a signature greeting on the streets of Kenya. The phrase comes off Sailor’s major hit ‘Wamlambez’.

The ripple must have spread stronger waves over the weekend with the #Wamlambez Challenge. A simply #TryItAtHome tag, anyone was challenged to shout ‘Wamlambez’ at random, across the street, out your window and see if you get a response. The reflex ‘Wamnyonyez’ reply from  random strangers sent a thrill through Instagram and Twitter.

It’s almost like a wave hypnotized  the country when it swept through with this one. That however would be the only explanation behind Curtis’ big win this week, the song itself does not offer much to be honest.

On to the recently dethroned top charter Kenyan  King of Pop. Willy Paul’s latest featuring Alaine ‘Shado Mado’ has made an effortless rise to settle at position 8 on the charts this week. A record breaking rise in just one week. This was however almost foreseeable. Anything Willy Paul and Ethic is completely inevitable on the Charts. They are a people’s favourite, what can we say.

We see ‘Ring’ by Kelechi Africana making a steady climb, now cozy at position 6 from it’s former 9.  Barnaba’s ‘Washa’ also comes back peeping into the Top 10.

Quite an interesting turn of events. It’s a tough race, let’s see who  collects the WIN next week.