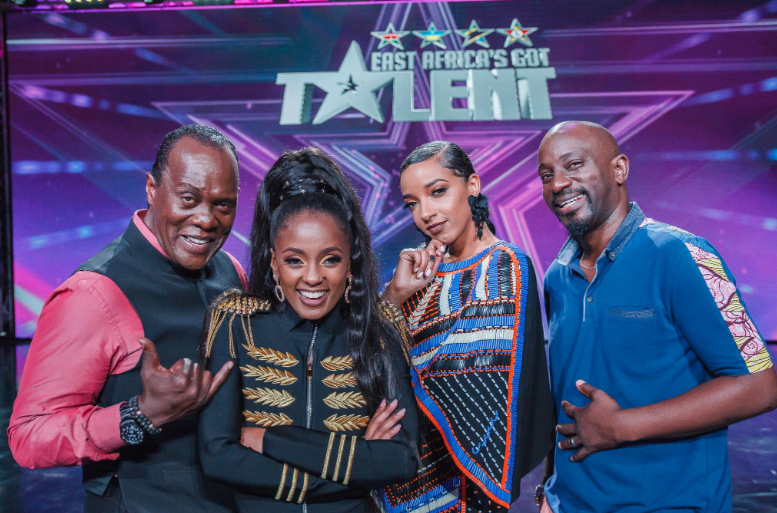 The two were unveiled on Saturday alongside Ugandan Gaetano Kagwa and Rwandese Contact Makeda as official judges for the event that will be searching for talented individuals across East Africa.

In April, stakeholders in the entertainment Industry across East Africa converged at the MovenPick Hotel in Westlands to officially launch “East Africa Got Talent” a reality TV show that will be discovering and nurturing new talents.

The show will bring together talents from four East African countries; Kenya, Uganda, Tanzania and Rwanda as the participating countries.

Speaking during the Launch, sports and culture Cabinet Secretary Amina Mohamed, said the show was a big step towards nurturing talent and preserving culture.

The show is sponsored by Safaricom, Clouds Media Group, and Kenya Film Classification Board (KFCB) among other partners and will run for 10 weeks with the contestants going through 3 phases before getting to the finals.