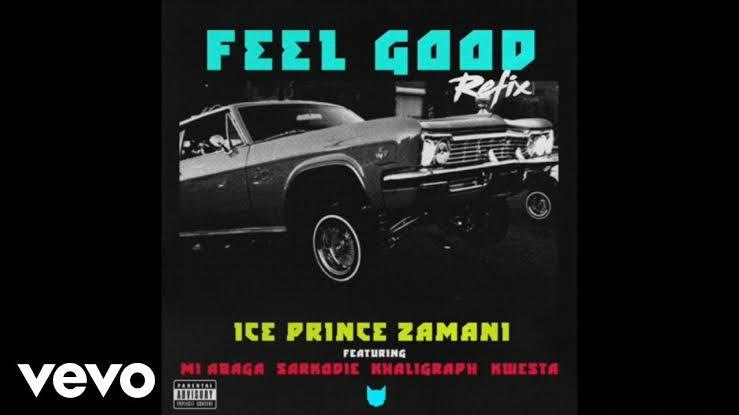 Not to dull anything on Khaligraph Jones. His one of the hottest rappers in East Africa but now his on the big boy table featured alongside International artist Sarkodie , Kwesta and MI Abaga on Ice Prince’s “Feel Good” refix.

He deserves it though, his proved it countless of times why he is a force to reckon with, he just hasn’t got the recognition that is due but this feature is going to bring ‘Khali' closer to break into the international audience .

Khaligraph’s verse stands out with how he flaunts his word play on the track but there’s a fan battle on  YouTube’s comment section of the song. Fans are battling it out between Sarkodie and Khaligraph .

The song is a cool chilled vibe the song is literally called ‘Feel Good' and it does its magic to get you hyped and a feel good mood. With all the big names on the track, it only shows that Khali isn’t a small fry and the way he bury’s the Afro pop beat, I’d say his a shark. With all the moves the Kenyan rapper is making , a few awards are in order.