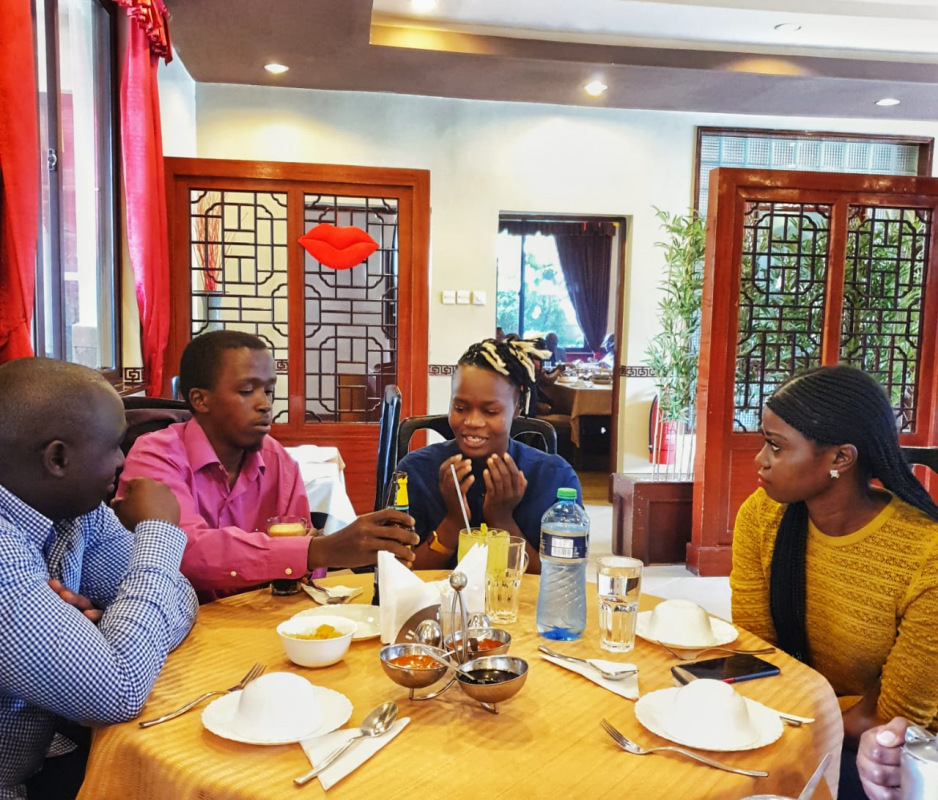 Fridays are easy and what better way to wind down the week hanging out with your favourite Kenyan artists. Lucky Mdundo Lyrics Challenge winners Carlos Muthoni and Daudi Jethro had a chance to dine with soul sensation Rawbeena on  Friday12th July at the For You Chinese Restaurant.

Finland-based Kenyan singer Sylvia Barasa aka Rawbeena ocassionally jets into her home country  to work on her music and the lunch was perfectly timed just before she travelled back. This time she  partnered with rising urban video director Nezzoh Montana to unleash her new single "Koloni" (Colony) on Friday (July 6).

It has been 10 months since Rawbeena’s last single, “Kidogo,” in 2018, and one year since the release of her most notable project, Romantic that featured Fena Gitu. Her come back only proving bigger and better, the fierce new single takes an afro-pop danceable style, blending her powerful vocals with zouk music and afro beats.

“Koloni” arrived with a music video that features the singer donning impassioned dreadlocks, dark pants, pink power suits and a variety of other show-stopping looks as she makes her way through isolated roads, uber strides  and other, often shimmering, sets, casting a magical spell as she enjoys the whole cast while declaring her dominance.

She has worked to become one of Kenys’s most prominent young female vocalists, both through her solo efforts and through collaborations, as well as appearances on soundtracks of popular Finish television shows.

Composed by Rawbeena (Sylvia Barasa) and produced by Vicky Pon Dis, the rhythmic track serves up a blend of afro pop, smooth afro-beats and zouk elements, creating a vibrant tune for lovers.