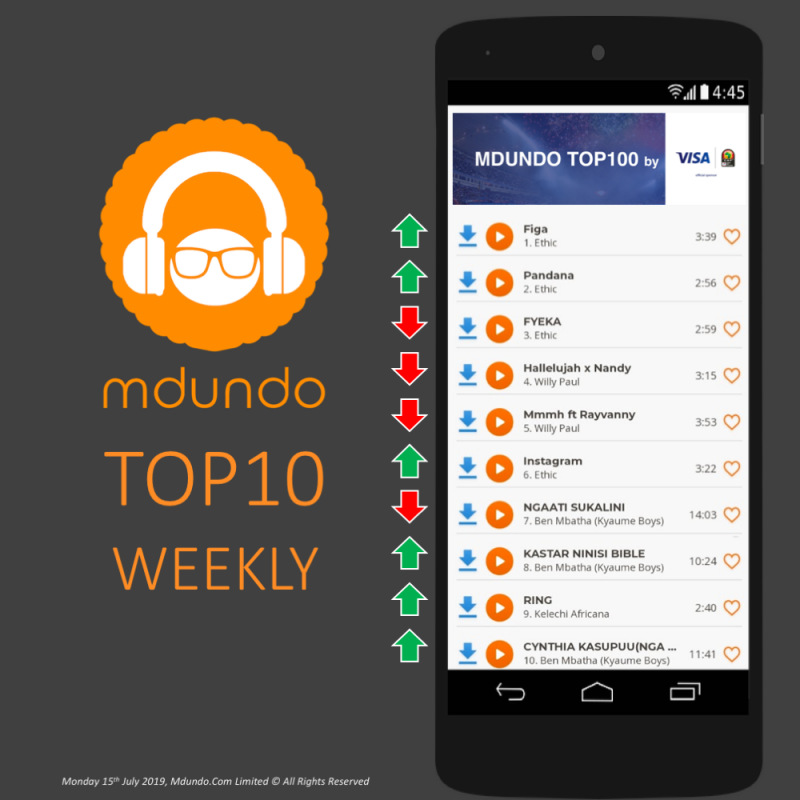 Ben Mbatha enjoys his third week strong on the Mdundo Top 10 Weekly. Having introduced his ‘Kativui 4 Latest’ and ‘Ngaati Sukalini’ to the charts, he adds on a third and fourth winning songs to the top charts this week. ‘Kastar Ninisi Bible’ settles in at position 8 and ‘Cynthia Kasupuu’ hangs on at number 10.

Kamba music has quickly caught up in recent weeks and the Kamba Dance Night that went down this past weekend at the Space Lounge only fanned the fire. The Eastern Kenya inspired culture event attracted renowned names; from TV personality Lilian Muli to MCA Hon. Matheu. The buzz stamping a 10 on Ben.

One of Kenya’s most promising act, Kelechi Africana has also made a debut appearance on the #MdundoTop10Weekly, with his ‘Ring’ sliding in at position 9. The swahili bongo sensation has been on the steady rise since 2018 and proving to be a household name as 2019 grows. Congratulations! From Mdundo.

The #MdundoCharts generally now look a  whole lot different from the beginning of the year. Ethic the only ones proving a force to reckon with but the competition continues regardless.