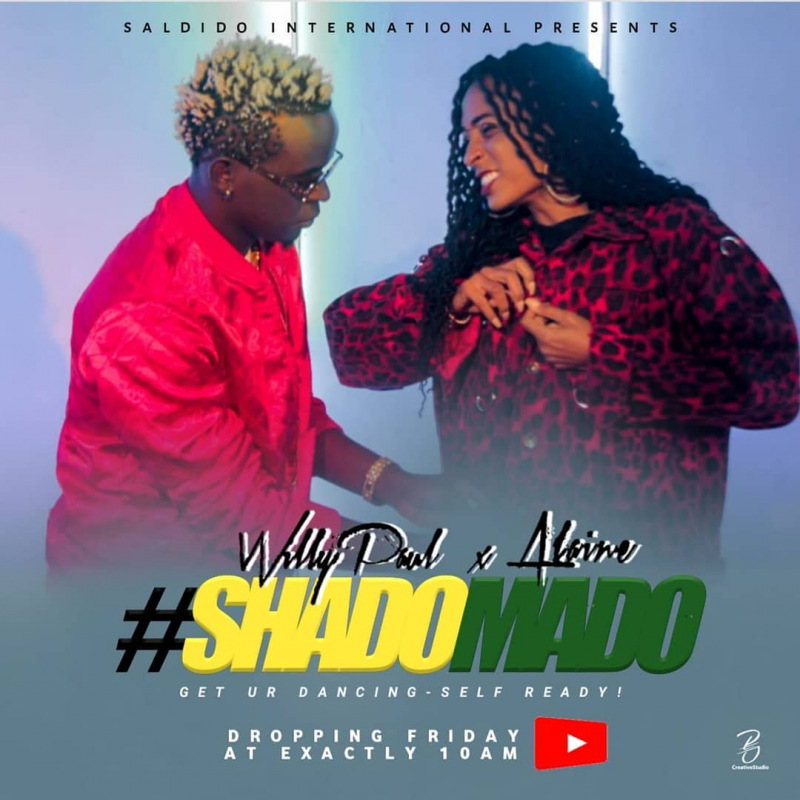 The song officially released today morning comes amid accusations by Willy Paul that Alaine had blocked her on social media, and was no longer responding to her messages.

In a post after the official release, Willy Paul noted that ‘Shado Mado’  is a victory song, and promised to reward 50 fans who send a video of them dancing to the tune.

“Its finally out #SHADOMADO Willy Paul and @alainesinga, link in our bios. Watch and leave a comment!! Its a victory song.. fire fire fire fire fire!! #SHADOMADO the first 50 dancers to send their videos dancing the shadomado style will be awarded instantly!!!” he posted on Instagram.

On her part Alaine said. “@willy.paul.msafi and I just dropped our brand new video for ‘SHADO MADO’ and it’s a ‘WHOLE MOOD… This song is about knowing that you know that you know... that no matter what comes your way... no matter what ‘they’ say...no matter the size of your enemy you can dance and say ‘Na na nA na na na na’ because you are already victorious through Christ Jesus!! Walk and talk and DANCE in your victory!!!”

It is highly likely that Willy Paul made the allegations of being blocked and ignored by Alaine, as a stunt, to create an online buzz around him and the Jamaican singer ahead of their new song.

This is the second collabo between the two. A few months ago, the released ‘I do’ which was a major hit in the country.