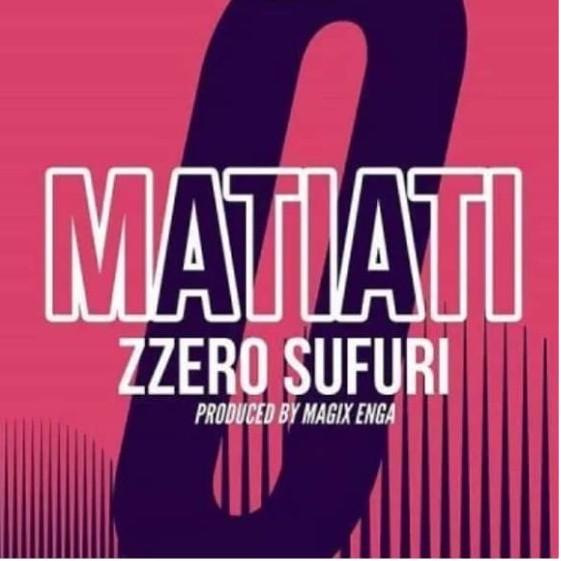 Kenyan artist should be worried sick about Zzero Sufuri. He was cut from a different cloth. Apart from his different style of the new age form of dance hall, that’s getting popular by the day, he doesn’t use explicitly to pull his crowd. Unlike our new age artist, he doesn’t sing about sex or anything along that road .Most of his songs are about having fun and enjoying yourself.

Zzero has put a blaze to the music scene once again with his “Matiati” track . This month Zzero has been burning that midnight oil because he has been on a track streak. He dropped “Chuki na Doo” and “Kashkie remix” alongside “Matiati” all in a weeks time.  “Matiati” stands because of the synchronized talents of Zzero and megastar producer, Magix Enga. Magix blessed Zzero with an incredible Afro dancehall beat and Zzero buried the beat with his catchy lyrics and Chorus. “Matiati” has a really cool flow with Zzero hitting every beat just right. Fans and other artist shouldn’t be sleeping on Zzero, he just might be the one to take over the Kenyan waves next .