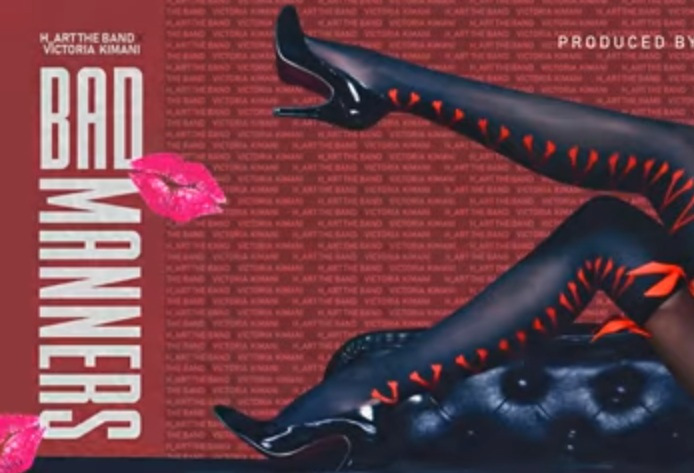 ‘Bad Manners’ ends the group’s long spell without producing a jam, as their last song ‘Usiseme No’ was released in February.

So far, only the audio produced by Gituamba has been shared online. The audio’s performance is relatively okay having managed over 9,000 views and 100 comments just a day after being posted on YouTube.

This is the first time Victoria Kimani has worked with the group and both parties have not disappointed vocally.

H-ART THE BAND are well known in the country and the East African region for their unique style of music, and songs that include; Uliza Kiatu, Baby Love, Nikikutazama, Masheesha among others.

Victoria Kimani on the other hand is a popular personality in the continent and is known for her songs that include; My Money, Boom, Swalala among others.