Khaligraph Explains Why he is Yet to Collabo with Diamond 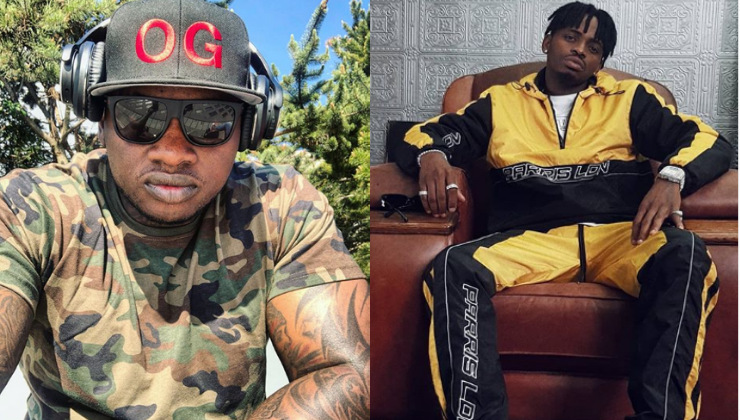 Top Kenyan musician Khaligraph Jones popularly known as the OG has finally explained why he is yet to work with celebrated Tanzanian musician Diamond.

In an interview with a Tanzania media outlet, Khaligraph noted that Diamond is yet to release a song he fully associates with, and one that can prompt him to work with the Tanzanian Star.

He appreciated Diamond’s talent and success, and urged the ‘Kanyaga’ hit maker to consider venturing into the trap genre, to increase the possibility of working together in future.

“Diamond has a certain appeal to the people, but I feel he has not done anything I feel I could jump on with him. Maybe that is his sound, but I would want to drag him to my side for a little bit.

“He did a collaboration with Rick Ross but I still didn’t feel it (the song). I want him to come to this other side so we can trap a little bit. Don’t get it twisted, with what he is doing he’s already way up there; but I feel if we brought him to this other side the fans would appreciate it more,” he said as quoted by edaily.

Trap is a genre of music that combines elements of dubstep and hiphop. Khaligraph is one of the top artistes in the country who have ventured into trap.