Kenyans React after Ethic Members are Assaulted at Koroga Festival 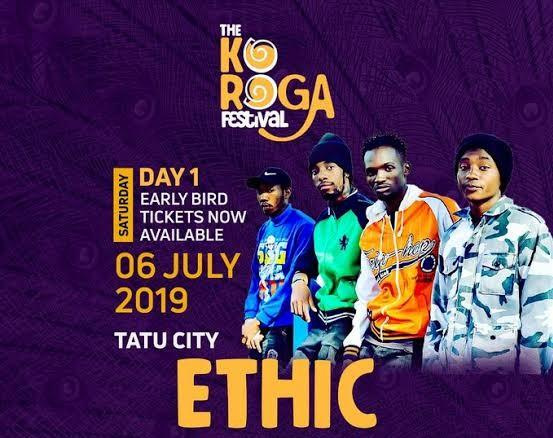 A section of Kenyans are now demanding justice after members of the Ethic music group were allegedly assaulted at the Koroga festival on Saturday.

In a statement posted by Ethic on Twitter, the group claimed that security officers hired to provide security at the event assaulted four members of the group.

“We want to state that we will be seeking legal redress as we need due compensation from Koroga and K9 security group for our medical bills et al.,” the group tweeted.

Following the attack a section of Kenyans have come out to demand justice for Ethic. Here are some reactions from Twitter:

King Kaka:  I am not sure what happened at that Show but it should not get to beating up artistes, or fighting for that matter.

Xtian Dela:  It is deeply saddening for Kenyan event organizers like Koroga Festival to treat foreign artistes as superstars but treat our own as trash. They pay foreigners a lot of money and treat them like gods while our own artistes suffer and struggle in our own country.

Cyprian Nyakundi Escobar : It would be very wrong to mistreat these boys simply because they have talent & come from the Ghetto.

Rapcha Sayantist: I hope one day the issue of classism will be fully addressed because artists especially from the slums are treated as thugs and not professionals I've personally been beaten in an event and it's extremely sad that it happened to ethic

Chris Mukasa: The ill treatment of Ethic goes deeper to show rot in part of our local entertainment industry. Violence towards artists starts in the studio with pathetic record deals, to low pay, low airplay... the few who make it, still have to the deal with this.