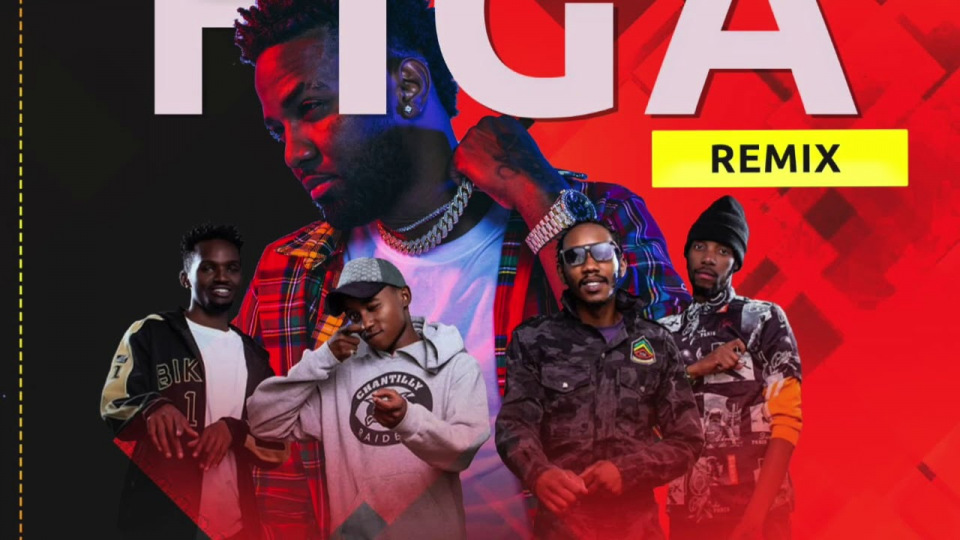 The remix was officially released on Friday afternoon and shared on YouTube by Ethic.

The remix has caused a buzz online with many netizens applauding Ethic for working with Konshens to produce a top hit.

Just four hours after being released, the song has managed over 33,000 views and 500 comments.

Earlier today, Konshens had asked Jamaican Kenyan-based DJ G Money to look at the song, after which the latter shared it with his fans.

Meanwhile, ‘Figa’ which was released two weeks ago has hit over one million views on YouTube.

Shortly after being released, the video featuring popular radio presenter Kamene Goro excited most music lovers, and made it to the number one trending video on YouTube, overtaking Inama by celebrated Tanzanian musician Diamond Platnumz.

The group made up of four young men namely; Swat, Rekles, Zilla and Seska is currently one of the biggest music groups in Kenya, owing to their appeal among the Kenyan youth.

The group released their first single dubbed ‘Lamba Lolo’ in 2018, before proceeding to produce other songs that later become major hits in the country.

Their unique style of music, their lyrics, and their videos have endeared them to the Kenyan audience.

Download Ethic and Konshens Music for FREE on Mdundo