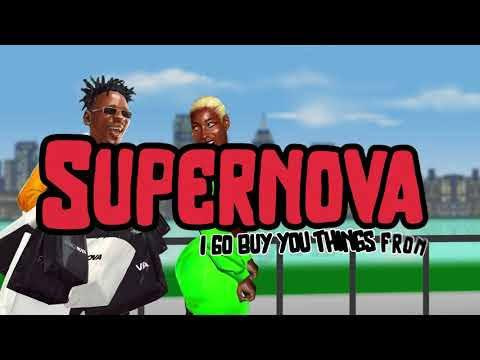 This year the popular Nigerian artist has been busy pushing his music career forward. He made his Coachella debut and has featured on several songs and projects, including Walshy Fire’s “Call Me” with Ugandan-Sweedish artist Sabina Ndumba and recently the artist appears on the track “Como Un bebé” with J Balvin and Bad bunny.

Mr Eazi continues his run with his first official single of the year “Supernova” produced by Dre Skull and E Kelly. Eazi sings humorously about spoiling his woman with clothes from Fashion Nova, amongst other things. The animated visuals for the song are out and is some what a lyrical video .In the video it’s Mr Eazi texting the lyrics to the song to his lady. The song is mellow and chilled as Mr Eazi often is with his songs. It’s an appealing song that is under 2 minutes short but Mr Eazi never disappoints.