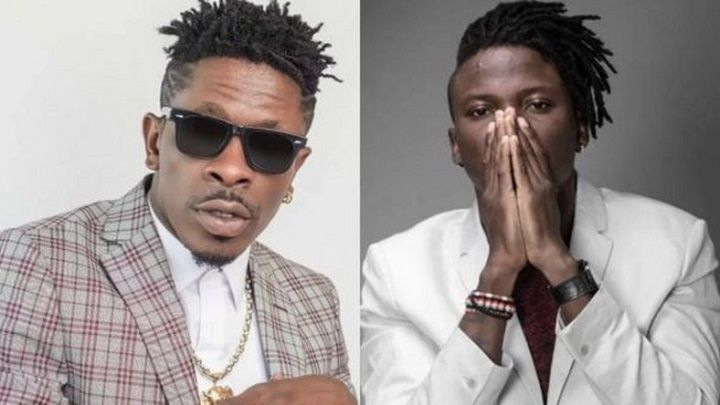 The Board of Vodafone Ghana Music Awards (VGMA) has stripped Stonebwoy and Shatta Wale of awards won by the two dancehall artists, at the just concluded 20th edition of the awards which were marred by violence.

The board has also banned the two indefinitely from participating in future events to be organised by Charterhouse Production, organisers of the event. The decision means that both artists were no longer holders of their respective awards and are expected to return the plaques they received on the night to Charterhouse reported Ghanaian Times.

As reported by The Sauce, the two artists and their entourages got into a fight during the recent awards ceremony when Stonebwoy went on stage to receive an award which even led to the ‘Tomorrow’ hitmaker to pull a gun on his music rival Shatta Wale. According to Shatta, he and his entourage had gone up to the stage to congratulate Stonebwoy but he took it as a threat.

Speaking to the press recently, Mr Mark Okraku Mantey, a member of the Board, explained that the decision was to serve as a deterrent to others not to repeat such conduct. Mr Mantey stated that the two artistes breached the code of conduct of the scheme and destroyed the nature of the awards, hence their decision to nullify their awards.

The two artists have already appeared before the Accra Magistrate court on Wednesday (22.05.19) have both been charged with ...more on The Sauce

Download Stonebwoy and Shatta Wale Music for FREE on Mdundo