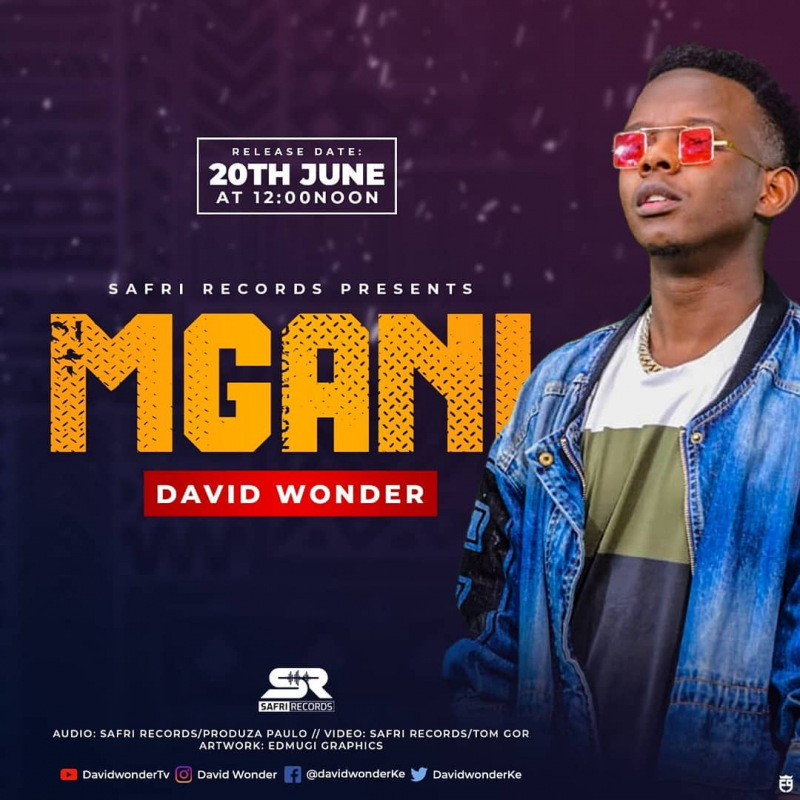 The song produced by Safari Records, was officially released on June 20.

Wonder came to the gospel music industry in 2017, and was attached to Bahati’s EMB record label. However, the two parted ways earlier this year.

Wonder is one of the top gospel artists in the country at the moment.

Since his debut into the industry, Wonder has released a number of songs with his biggest song arguably being Please Call Back which managed over 100k views on YouTube.

Wonder has worked with a number of artistes that include; Bahati, Mr Seed, and DK Kwenye Beat.