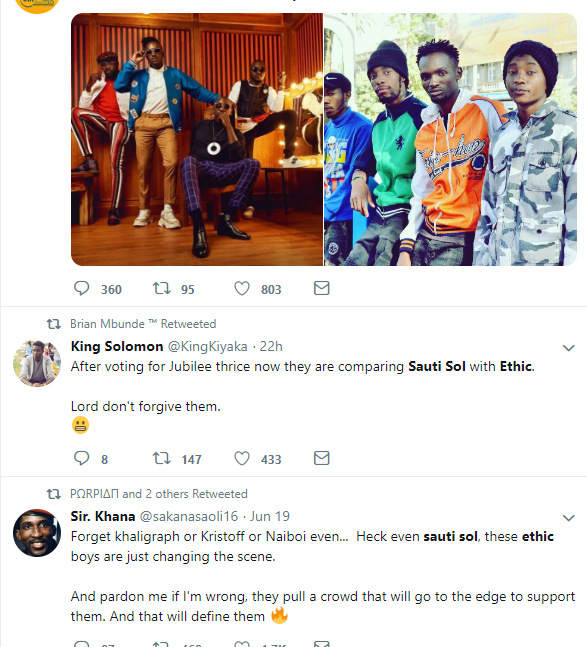 The  debate now began when tweps started comparing Ethic to Sauti sol and in essence suggesting the Ethic’s position (not pun intended) in the industry surpasses everyone’s at the moment.

It all started when tweeps suggested that Ethic, as much as their music targets the ‘lamba lolo’ crowd, it is exciting to listen to in a club or wherever and much more captivating than Sauti Sol’s. Ethic are like the guilty pleasure any lover of music didn’t know they needed. Literally, it is almost safe to acknowledge that everyone has a favorite Ethic song.

Ethic and Sauti sol are very different in the context of target market and style of music. Ethic are doing better than Sauti sol on streaming channels. Each group however has a solid following and is successful in their own right. I don’t know how fair it was/is to have these comparisons but the fans had a go at each other real hard.

As the industry has room for both of them, do you have your favourite Ethic song on lock?