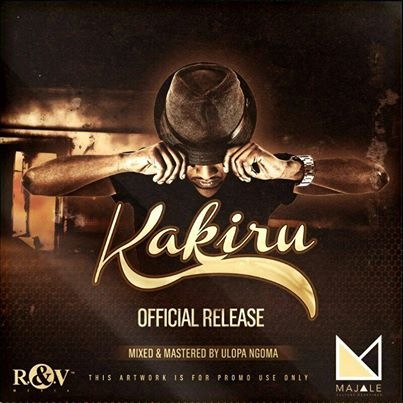 All hip-hop fans need to put their seat belts on for this one, because it's one hell of a ride! The song title is Swahili for "Something" with a bit of flexing of the tongue muscles, hence "Kakiru". The mastering of the beats and lyricism is way out of this planet. Rhyme after another incoporation of the humor element and a catchy chorus just to ice the cake. A genius at his best is all i have to say.

The rapper has been keeping it consistent with his releases, taking split second breaks then hitting his fans with bangers every other minute.His former clique Kleptomaniax, recently were talking about getting back together after they split up aeons ago. If they did re-unite it would be the best thing to happen to the music industry ever since E-sir. For those who were fortunate enough to have been born by then, know am not exerggerating. Remember "Tuendelee"? Now that's reason enough to pull a NKOTB and give us even better music.

Fans, give an ear to Collo's new jam, "Kakiru" right here on Mdundo.