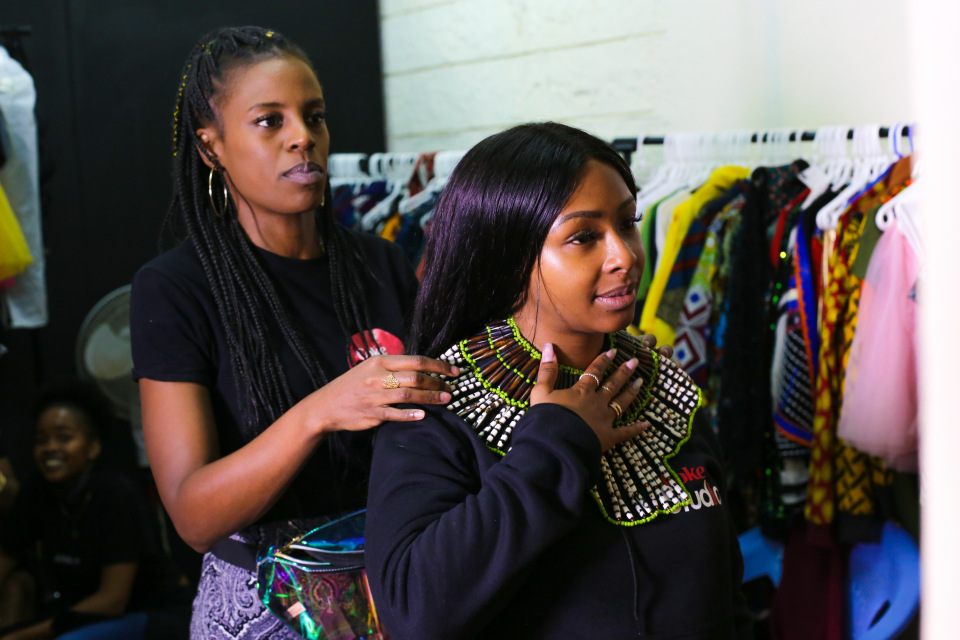 In this day and age, a musician’s stylist is as important as any other part of their recording career. This is something Coke Studio Africa is keenly aware of when it creates the eye-popping studio shows to showcase all of Africa’s diversely vibrant looks. The person brought on board for this was Kenyan stylist to the stars Wambui who has been making a mark on the fashion scene for 11 years in music videos, newspapers, movies including the multiple award-winning Rafiki, magazines and three seasons of Coke Studio Africa. "African artists are now seeing that their look is crucial to their brand image and quite a number of them are now working with stylists for their music videos, performances and public appearances,” she says.

Wambui says, "It began back in 2008, a former classmate of mine approached me and asked me to style the fashion page for a magazine she was the Editor of. That was the first time I had heard the word “stylist”. She told me I always had an eye for fashion back in high school and thought I should give it a try. After she told me what the job entailed, I decided to give it a go, after all, I was getting paid to shop!"

Her big break came working for the national newspaper, The Standard, where she had a weekly fashion page in the Wednesday and Saturday pull-out magazines. "It was there that I built my name as a stylist and formed relationships with designers, stores, models, photographers and lots of other people in the industry.” Since then, her career highlights include Rafiki, Tusker Project Fame, Moments with Mo, Maisha Superstar and lots more including Coke Studio Africa of course, which was “an exciting prospect but also frightening because I would get to meet and style Africa’s biggest artists”.

She hit her stride though, and can now face any challenge, that is the nature of making TV, which she loves for the diversity of people on set and lessons learnt. "In Kenya, we don’t have a lot of stores that stock current trends especially for menswear, so most of the outfits the male artists wore were custom-made. Time was, therefore, one of my biggest challenges as I would meet the artists on a Monday and would have to have all their outfits ready by Thursday for a full dress rehearsal and photo shoot on Friday. There were days I would sleep at the tailors waiting for outfits to be completed.” A blessing in disguise as these creations were not only stunning but unique too.

It may look easy and fun, but styling is complex and grueling and demands a lot of research to create an authentic, yet gorgeous look that catches the eye of viewers. “Before meeting the artist, I would go through their social media and music videos to have an idea of their style and create a mood board,” she explains. “On Monday morning, the day after they arrive in Nairobi, my team and I would meet with the artists in their hotel for a wardrobe briefing where I would show them the mood board, ask them about their style and what they like to wear when performing and also have a look at what they have brought with them."

Wambui’s work on Coke Studio Africa happened under tight timelines with the involvement of multiple players. She shares, “After meeting with the artists, my team and I would then have another meeting and finalize the looks for each artist and decide what to source and what to get made. Each artist would perform three to four songs which all required a different outfit. I would then meet with the main designer that created most of the outfits and we would go through the different designs per artist per song and select fabrics.

“On Wednesday, I would listen to the rough edit of the music and decide what outfit will work with each song and create a look book of each artist’s outfit per song. On Thursday, I would then have a creative meeting with the