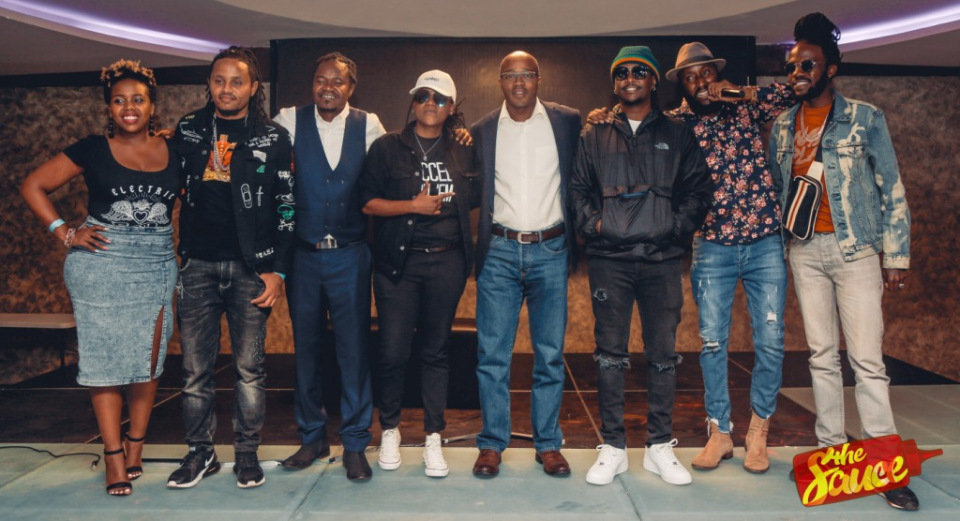 Hit song ‘Chukua Selfie is more than just a song, it is an HIV/AIDS campaign. When the song ‘Chukua Selfie’ was released it was a trending topic in Kenya, the song was a massive collabo consisting of Kenya’s biggest artists. The collab featured ‘Free’ hitmaker Nyashinski, award-winning rapper Khaligraph Jones, the legendary Juacali, ‘2 in 1’ hitmaker Naiboi and phenomenal woman Fena Gitu. The song’s colorful visuals and the video vixen’s gyrating did not fail to catch the eye of the fans.

Many however questioned why none of the artists were taking selfies in the video which had many questioning what the song was really about. Well, at face value the track seems like just another mega-collaboration, however, it has now been revealed that the song is part of a campaign that is advocating for an HIV/AIDS-free society.

This was revealed at an event on Tuesday (26.03.19) that was hosted by radio personality Shaffie at the Kiza ballroom, Galana Plaza. The event was attended by members of the press, influencers, and celebrities who are part of the campaign including Juacali, Nyashinski, Fena, top female disc jockey Dj Redbone, renowned reggae mixmaster Zj Heno, as well as the popular Dj Kalonje just to mention a few. The night not only highlighted the need to practice safe sex, but also gave the audience present quite a show with sex and music topping off the night.

Mr. Eric Achola, the man behind the ‘Chukua Selfie campaign spoke to The Sauce, explaining the fundamentals of the year-long campaign. ‘Chukua Selfie’ Brand Representative Achola pointed out that the campaign was targetting young men between the ages of 18 and 24 and urged them to know their HIV status using the self-test kits. The responsible, safe sex campaign also advocates for the use of condoms and being faithful to one partner.

He added that the mission of the campaign that was launched last year with the help of the Elton John Foundation was to achieve an AIDS-free society.  According to a press release, the campaign is set to have ... more on The Sauce