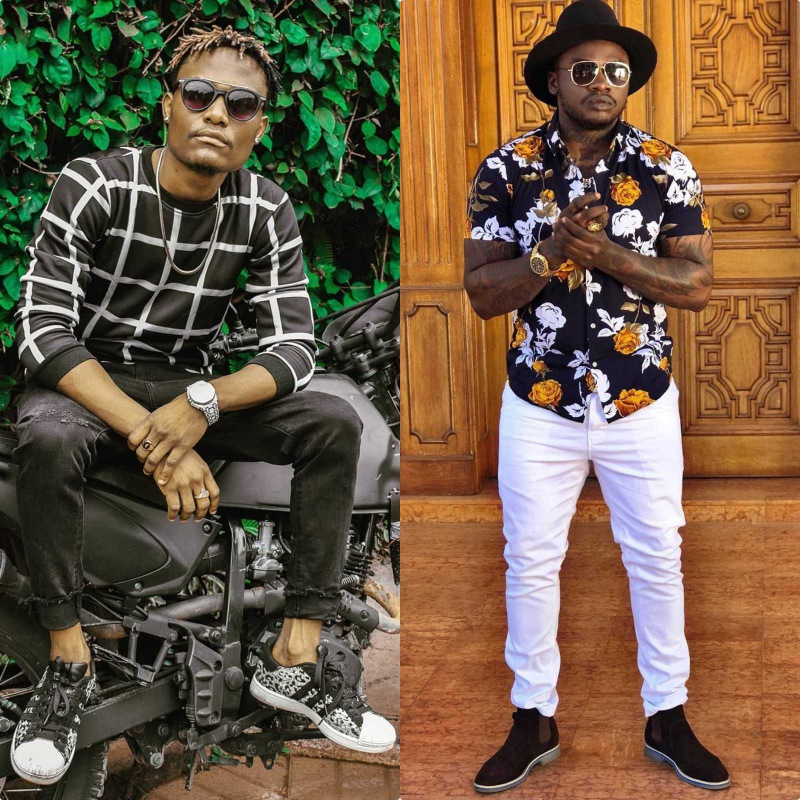 Kenyan boy Masauti’s career is scaling to new heights, releasing one hit after another. The Swahili singer has just dropped his ‘Kiboko’ remix with the award-winning Kenyan rapper Khaligraph Jones.

The ‘Toa Tint’ rapper aka Mr. International as he refers to himself these days announced the release of the collabo on Wednesday morning (20.03.19) on his Instagram page and congratulated Masauti on the banger that they created. He also thanked Masauti’s  ‘Godfather’ and comedian Jalang’o as well as producer Motif on the Beat and video director Enos Olik.

The remix track still has the feel and sound of the original song that many fans loved. The visuals of the remix are colorful and well shot bringing out a more playful side of the two artists. The remix also sees Papa Jones doing something that is quite rare, busting a move and dancing to the track’s upbeat tempo. The two artists are seen getting down to the shaku dance on the video all thanks to fast-rising Kenyan dance group Movaz Dance Crew. The original ‘Kiboko’ hit was released early this year and already has over 350, 000 views on YouTube.

The soft-spoken Masauti is also famed for hits like ...more on The Sauce