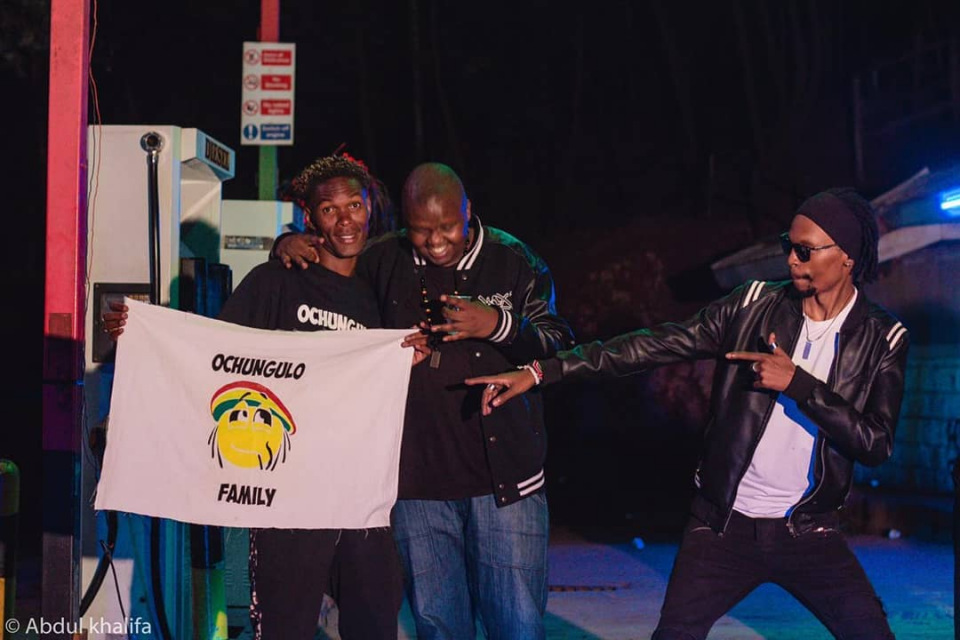 The Kansoul and new kids on the block Ochungulo Family have teamed up for a new song called Na Iwake. The last time The Kansoul worked with upcoming artists was when they released “Position” last year with controversial group Ethic.

Ochungulo family consists of Demore, NellyTheGoon, and Benzema are known for tracks such as “Kirimino” and Bora Uhai.Bora Uhai is the song gospel singer Willy Paul was accused of copying from them.

Na Iwake is a straight dancehall jam that will sure make you wish it’s a Friday.The song was a straight banger and Na Iwake is sure set to be another.

Listen to Kansoul on Mdundo