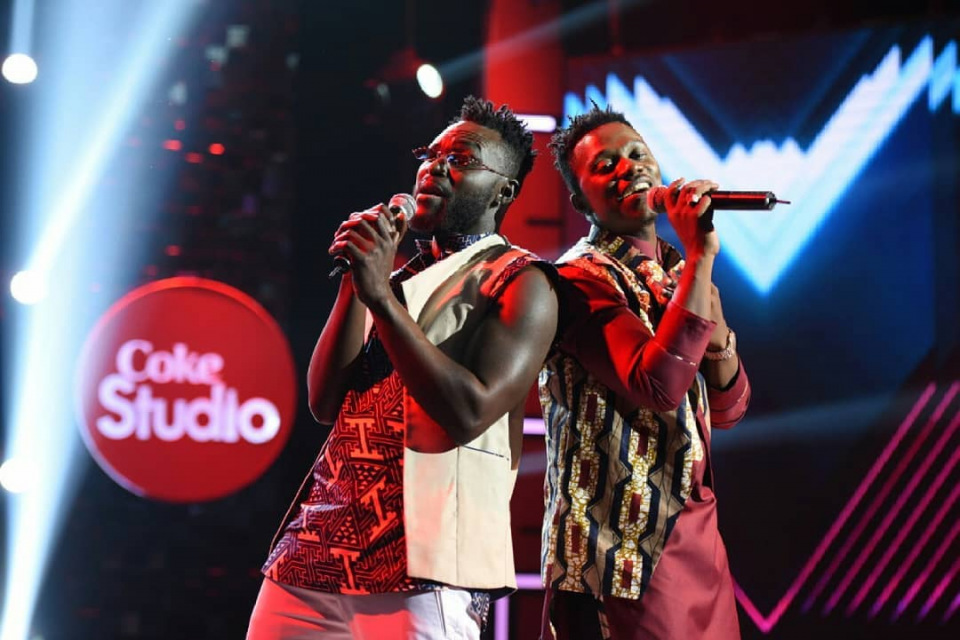 In the wake of making world music, Coke Studio Africa brought together the greatness of both Tanzanian and Kenyan worlds to create an explosion of a collaboration. Pacho signee and ‘2 in 1’ hit maker, Naiboi got together with ‘Chombo’ crooner from Wasafi Records, Rayvanny; both are great sensations in East Africa and there was much to expect from them working together.

First up Rayvanny’s cover of ‘2 in 1’ by Naiboi was done well above expectation. Stepping out of his Bongo style to take up a reggaeton tune; he simply killed it.  Naiboi returned the favour covering Rayvanny’s all time sensation ‘Chombo’. A little worried about trying out Bongo for the first time, he however did the song and his fans great justice. This just continued to show the versatility of these two great artists.

In preparation for a collabo, Naiboi took Rayvanny to his hood; they revisited their childhood and early days in music over some nyama choma and coca cola. Even dropped by Pacho studios, Naiboi’s official recording studio. They then went back in studio to create a mega collaboration that they agreed on, should be a wedding song that will be enjoyed by  every culture across the continent.

Working with Rayvanny’s producer Lizer, the two acts seem to have known exactly what they wanted. A medium paced African rhythm, that would be particularly perfect for women and even kids, this being a message from the groom. Finally putting together ‘Vigelegele’ that loosely translates to ‘Ululation’, this is a common form of expression of joy and celebration in Africa, especially at weddings.

Rayvanny and Naiboi stepped on stage to perform their new creation and the world did bow to their ability to create such greatness. Merging energies from two completely different cultures, ‘Vigelegele’ is definitely bound to be a favourite wedding tune across Africa.

Listen to Naiboi on Mdundo